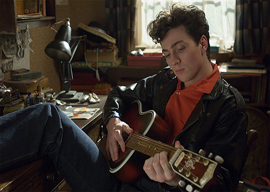 Nowhere Boy
Billed as the “extraordinary untold story of John Lennon,” this skillfully well-done biopic is finally, finally getting its U.S. release starting in limited release on October 8 (coincidentally, one day before what would have been Lennon’s 70th birthday). Aaron Johnson (last seen in green tights in Kick-Ass) plays 15-year-old Lennon in his troubled early days forming the group The Quarrymen, and later The Beatles. A May-December romance was also started on-set between artist-turned-director Sam Taylor-Wood and Johnson, who’s 23 years her junior. Beware, cynical Hollywood: the couple just had a child together. But aside from the backstage drama, don”t take it on our word that the film is a must-see”even Yoko Ono turned out for last week’s New York premiere.

Hide/Seek: Difference and Desire in American Portraiture, National Portrait Gallery, Washington D.C., October 30 “ February 13, 2011
Capitol Hill is finally going gay. Well…sort of. This massive new exhibition focuses on artists who defied gender norms and explored sexuality in their works, and art’s depictions of sexuality and desire and how they evolved over time. Heady stuff, to be sure. Among the 100 works are those by John Singer Sargent, Georgia O”Keeffe, David Hockney, Jasper Johns, and Andy Warhol. Few eminent New York museums have dared to touch on gay themes”and this one does include straight artists, too”so it’s refreshing that D.C. is finally linking artists” sexuality to their often complicated relationships with society. 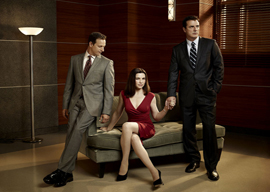 The Good Wife
Sure, you may turn up your nose at primetime TV not titled Boardwalk Empire or Mad Men, but here’s a reason not to. Julianna Margulies is back as a formidable headliner on September 28 for the second season of this addictive CBS drama. The first year saw her on a rollercoaster ride as the scorned wife of a cheating, corrupt politician (Chris Noth, still in possession of that mix of smile and smirk that made Mr. Big irresistible). Instead of wallowing behind a wall of paparazzi, Alicia Florrick goes back to work, and Jenny Sanford and Silda Spitzer finally have a worthy role model. But it’s not all dry courtroom drama”throw in a love triangle with her boss, and the Emmy winning Archie Panjabi as her brittle coworker, and The Good Wife is far more entertaining than any real-life scandal. Plus, you don”t feel guilty ogling someone else’s downfall. Remember, none of this is real. 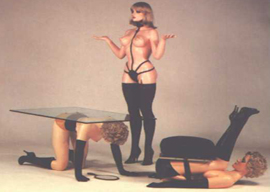 International London Fetish Weekend, October 1 “ 3
Come one, come all to “get your fetish fix” at the third annual Fetish Weekend in London, the self-proclaimed “fetish capital of the world.” The well-heeled fashionistas of London Fashion Week are nowhere to be seen, replaced this weekend by leatherclad, thigh-high boot wearing fans of S&M. For the uninitiated, there are plenty of workshops, including the enticingly named “Fire Play.” The headline event, Torture Garden’s Fetish Ball, takes place on Saturday”with, of course, a strictly enforced fantasy dress code. And on Sunday, you can”t miss the adult pajama party, complete with kinky fairy tales. Certainly not made for the meek, but head out if you”re adventurous. 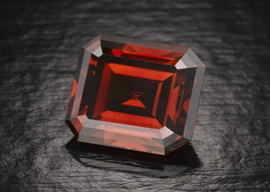 The Kazanjian Red Diamond, American Museum of National History, New York, On display now
The gleaming cases at Tiffany have nothing on this scarlet beauty. Typically known as the “dinosaur museum,” the American Museum of Natural History recently received an infusion of bling with a new collection of rare diamonds. Among the highlights are blue-green, orange-yellow, and purplish-pink stones, but the must-see gem is the dazzling Kazanjian Red Diamond, sparkling “as vivid as a drop of blood splashed on a white diamond.” The 5.05 emerald cut was discovered in South Africa in the 1920s, then had a wild ride through Amsterdam, New York, Germany, and Bavaria, where it was mistaken for a ruby. Thankfully, its origins were straightened out and jewel-obsessed Manhattanites now have a new piece of eye candy.