Dear Luftwaffe: Come Back! All Is Forgiven! 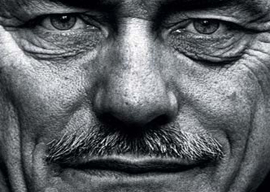 Blasphemy warning: Londoners’ highly touted “courage” during the Blitz always struck me as mostly an extreme expression of the average Briton’s temperamental tilt toward weary resignation and inertia.

Consider an alt-history mockumentary made by two British teenagers in 1965. Entitled It Happened Here“even that commie Sinclair Lewis was still American enough to feel call his book It Can’t Happen Here“the movie posits a successful Nazi conquest of England. The citizenry are mostly portrayed as simply content to enjoy a “quiet life” again, whoever happens to be in charge.

Around the same time, the filmmakers’ near contemporaries in Beyond the Fringe were polishing their bitchy “Aftermyth of the War” sketch, skewering their parents’ WWII self-mythologizing. The skit’s running punch line, uttered in response to serial atrocities, is an indifferent, “You put on the kettle. We’ll have a nice cup of tea.”

Today, even the “right” side is crippled by clichÃ©s. As a mass email from the British National Party informed me, “The whole nation is shocked by the barbarity of Muslim fanatics on the streets of Woolwich.”

Patently false. On social media at least, far more outrage was directed at the English Defence League types who hastened to the murder scene in protest.

I briefly engaged two of the “outraged” on Twitter: a “mod revivalist” and a “pagan goth” who keeps a pet rat. Both were white, young, and male, and both blew their wad of leftist talking points quickly enough. I didn’t bother with the “anti-fascist” concern troll with the rainbow/unicorn avatar or the widely re-Tweeted (black) guy who opined that anyone wearing a “Help for Heroes” shirt”as the victim had”deserved to die anyhow.

If these young Tweeters”as well as the Woolwich bystanders, the police, the prime minister, and the media”are representative, then England is doomed for real this time.

Orwell, normally a canny observer of his countrymen, declared that goose-stepping would never catch on in Britain because “the people in the street would laugh.” Yet his nation almost outlawed laughing at a different shade of fascism nearly ten years ago.

But who needs laws if you have a well-trained populace? After the BBC’s Nick Robinson reported that the Woolwich killers were “of Muslim appearance,” dozens complained, more put off by that description of the murderers than by the murder itself.

When German tourists visit Fawlty Towers, John Cleese’s innkeeper frantically commands his staff: “Whatever you do, don’t mention the war!”

Naturally, he’s the one who can’t hold his tongue. After imitating Hitler then shouting, “you invaded Poland!” Basil Fawlty suffers a breakdown.

“How ever did they win?”