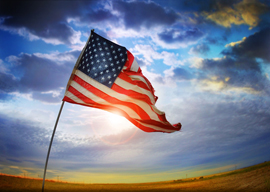 At least until recently, the concept of Canada hadn”t been successfully sacralized the way America was. Our neighbors long looked upon their confederation as a practical matter that ought to provide practical benefits, and if it didn”t, it needed to be reconfigured.

Over the last half-century, though, Canada’s bilingual elites have succeeded in imprinting upon the more gullible Anglophones the notion that the higher purpose of Canada’s existence is, in the name of multiculturalism, to bribe Quebec not to leave, rather like a kindhearted husband with a shrewish wife who masochistically devotes himself to keeping his nagging spouse from following through on her threats to set him free.

Canada’s political parties are even less stable than its territorial arrangements. In the 1993 election, for example, the ruling Progressive Conservative Party fell from holding 169 out of 295 seats in Ottawa to only two. The PC Party is now defunct. The Liberal Party, which had won three straight general elections from 1993-2000, fell into third place in 2011 and is perhaps in danger of a similar fate.

In the US, the Democrats and Republicans have so successfully draped themselves in the red, white, and blue that they”ve held a duopoly on power since before the Civil War.

Still, in the very long run, the American Revolution was a decent role model for the world. This month’s London Olympics will feature 205 countries. The world is full of ambitious men, and letting them have 205 separate playpens localizes their power struggles. Moreover, independence makes responsibility clearer, in sharp contrast to that latest attempt to obfuscate national borders, the euro.

In the name of old-fashioned independence, Mexico has devoted ample resources over the years to foster anti-Americanism in the hopes it will prevent them from being turned into a banana republic like Honduras.

But at least that means that Mexico is not our fault.