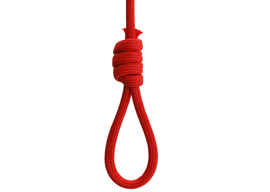 Hell, if you really want to get to the gist of it, sans the smoke and mirrors, just ask the victim of a gang rape: if anyone knows about democracy in action …

As Erik von Kuehnelt-Leddihn pointed out,

Mr. Gray protests against censorship as undemocratic. (Censorship may be illiberal”against freedom”but not necessarily against the majority.

Mr. Black is against Negro lynching, denouncing it as undemocratic. (As soon as the majority of a township wants to hang a Negro this action is un-Christian, illegal, but certainly very democratic.) …

It must be remembered in that connection that liberty and democracy are not synonymous in spite of the fact that these two terms are frequently confounded in “democracies” with an aristocratic-liberal historical background. Numerical majorities are not necessarily keen to preserve civil liberties; the demand for civil liberties (and privileges) always arose from select minorities. Genuinely “democratic” societies can be brutally cruel to those who dare to be “different” in an unconventional way.

Indeed, I see evidence of “numerical majorities” eager to trade personal freedoms for scraps of security here in the UK: most recently, Joe Bloggs types baying for burqa bans, wishing to stifle freedom of expression for the sake of some notion of populist propriety. Previous prohibitions and privacy invasions also met with the accepting arms of the “nothing to hide, nothing to fear” Everyman.

The godfather of anarchism, Pierre-Joseph Proudhon, had this to say about the mass man enshrined by democratism:

Of politics, they understand nothing except the element of intrigue; of the art of governing, nothing except prodigality and force; of justice, nothing but mere indictment; of liberty, nothing but the ability to set up idols which are smashed the next morning. The advent of democracy starts an era of retrogression which will ensure the death of the nation.

With UKIP making headway in the recent Euro elections, the likelihood of Farage one day overseeing a direct-democratic death-penalty vote looms larger on the horizon. Faced with such a possibility, and given his stance on state executions, he might want to consider the convictions that could hang alongside the convicted in the event of an outvote.