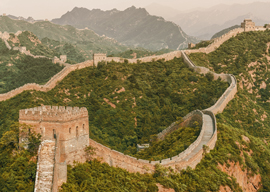 I can”t argue: it does look a little strange for one of a publication’s writers to review another, especially when we”ve done our share of complaining about media incest just this week. On the other hand, what’s good is good, and I doubt readers here will be surprised to hear that John Derbyshire’s long-neglected second novel, Fire from the Sun, is the best modern fiction I”ve read in some time.

Derbyshire saw modest success with his first published novel, Seeing Calvin Coolidge in a Dream, back in 1996. But that was a novel of ordinary length, 273 print pages. When he tried to shop the sweeping, 382,715-word Fire from the Sun around as a follow-up, he was told he wasn”t quite famous enough for anyone to gamble on his doorstopper. His adventures in self-publishing, beginning in 2001, have resulted in a fair amount of languishing.

This, I suspect, is in part because he didn”t turn the book from a ridiculously priced $100 print-on-demand version into a $5.99 Kindle book till 2012, the same year he became a pariah. And reviewers are never chomping at the bit to take on 1000-plus pages by a noncelebrity in the middle of the workweek anyway. (I wish I”d had more time to savor it myself.)

“The cult of the artist tells us writer-types are more fascinating to describe than anyone around them by definition, so why bother with observing the rest of the slobs?”

Their loss. Six bucks is half of what you”d pay for one binge on a BBC TV series”and that includes the lessons in history, Chinese culture and literature, various languages, and operas Eastern and Western that are embedded in an unpretentiously delivered but baroquely conceived work which, despite its length, contains little padding or rambling.

The story begins in a tiny town in southwest China during the Cultural Revolution, where a very young girl’s murderous conformity helps to orphan her little boy friend. Margaret’s childish cruelty and William’s adult bile bleed down the length of both their fates, the tales of which are as suspenseful as pop fiction”which Derbyshire insists this is, full stop”but as fresh and unpredictable as modern literary fiction tries so comically hard to be.

Anyone with enough time on his hands can stick a million characters in a book, but every member of the enormous cast of Fire from the Sun is drawn with exactly the number of vivid strokes his role requires, from pirates near Hong Kong and corpses in Tiananmen Square to the charming old Italian tenor who plucks the heroine from exile to turn her into an opera diva. The author even draws believable and quite tender portraits of two of those most rare sexual unicorns, the bisexual male: one Scottish, a minor character; the other the Chinese hero.

Oh, Internet, bless your heart. Before you start running to and fro, screaming “John Derbyshire is a bisexual,” please take note: this means nothing of the sort. It only means he is of the breed of novelist who can write about anybody.

I guess you can”t entirely blame readers for assuming “fiction” books today must be autobiography, as that’s what the masses of litfic writers are pumping out. The cult of the artist tells us writer-types are more fascinating to describe than anyone around them by definition, so why bother with observing the rest of the slobs?

Derbyshire explicitly does not go in for the diary novel; he writes enough personal essays to be able to tell the difference. As he explains on his blog, aside from two or three vignettes from his own life, Fire is all stuff he made up: “That’s what fiction writers are supposed to do.”

The made-up narratives in the book do feature considerably more coincidence than is the modern fashion, particularly within the romantic subplot, which will please some readers and not others.

But everything is grounded in some of the most gruesome true events of the 20th century. As the characters move back and forth between the terror and frustration of Communist China and the petty vanities of 1980s New York City, politics inevitably enter the picture. Derbyshire takes a cue from the detached narrators of classical Chinese literature and declines to impose his authorial opinion upon events.