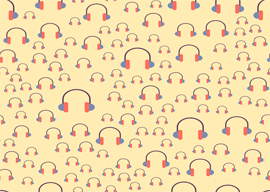 Suddenly nobody is in the street anymore, everyone is in the club where the Lust Object entered two verses ago. There’s an epidemic of crotch-dancing and finally eye contact between Luis and the girl. We’re three minutes into the song and this is the “meet cute” moment, only…

He’s dirty-dancing with a different girl.

Step by step, soft and softer
We’ll bump into each other, little by little
And it’s that this beauty is a puzzle
But in order to finish it now I have the last piece
Hey!

…but now she’s dancing alone while the two guys dance together!

High energy, everybody dancing now, but the babe still dances alone! Overdressed, all eyes on her, flirting with the whole room—I’m telling you, it’s gotta be a prostitute who’s priced herself out of the market in a village that starts a seductive song with live-duck wrangling.

I want to see your hair dance
I want to be your rhythm
I want you to teach my mouth
Your favorite places
(Favorite, favorite baby)
Let me surpass your danger zones
Until I provoke your screams
And you forget your last name

Finally, on “last name,” Luis and the babe are entwined in each other’s arms—but the image lasts for less than two seconds as he decides to…go back to dancing with Daddy Yankee!

Des pa cito
Luis alone on the dance floor.
We’re gonna do it on a beach in Puerto Rico
You’re saying it but we’re not believing it at this point.
Until the waves scream, “Oh Lord!”
So that my mark will always stay with you
(Let’s dance now!)

He breathes on her neck a couple of times, then goes back again…to dancing with Daddy Yankee.

Draw your own conclusions as the two guys alternate lines and finish it out in one big male-bonding finale:

Hence, as a service to all the teachers out there, and the day-care directors, and the youth counselors, and the parents and guardians who are expected to deal with this, I offer the following stratagem.

If the kids you’re in charge of speak first-generation Spanish, I can’t help you. Anybody else, we’re gonna finesse this.

We lucked out because the meter, rhyme scheme, and melody of “Despacito” are so elementary that we can fairly easily substitute fake lyrics, so pay attention. We’re gonna do three different age levels:

Basically the categories corresponding to youth fiction. The lyrics are offered below. Staple them to your lesson planner or copy them into your iPhone. All you have to remember is one two-part verse and one chorus. If you’re dealing exclusively with kids under the age of 6, just repeat the first chorus endlessly. If you’re dealing with older kids, frame it as an educational experience and use the second chorus. If you have all ages, use the whole thing but divide the singing into groups as follows:

Just remember that all they’re waiting for is the four-syllable hook on the word “Despacito.” As long as you hit “Despacito” they’ll forget whatever else is in the song. I guarantee they’ll buy it. Good luck.

Despacito
It’s a little cute mosquito
Nibbling on you incognito
When you go to Sausalito
Despacito
It’s the word that rhymes with Frito
Complement to your burrito
When you have a lunch in Quito
[break]
When you wanna act Latino in a public street-o
You can cheat-o
With your feet-o
Watch your tummy writhe in rhythm with the salsa beat-o
While your seat-o
Overheat-o
[chorus]
Despacito
Started out with Hirohito
He was plotting with Benito
Hitler had the Axis veto
Despacito
Lenin to the Finland depot
Ended up with guys like Tito
Thought the Comintern was neato
[break]
Now the song is almost over and we must repeat-o
You’re white meat-o
Self-deceit-o
You have no idea what they’re saying on the Latin street-o
Just retreat-o
Be discreet-o
Despacito!