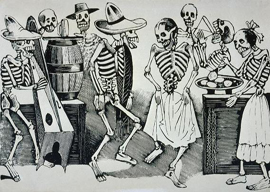 El Dia de Los Muertos, Oaxaca, Mexico, October 31 “ November 2
It’s time once again for the annual celebration in Mexico where deceased relatives are believed to come back and communicate with the living. The southern city of Oaxaca goes all out for the event. Relatives spend the night in cemeteries near their loved ones and later have food, drink, festivities, and present flowers to put the deceased at ease. The festival combines both tradition and celebration and Christianity with a focus on much older religious practices. Families typically join together to build altars, then offer food to young and old souls. Even if you”re a country or two away from the excitement, anyone can take this time to reflect on lost loved ones. 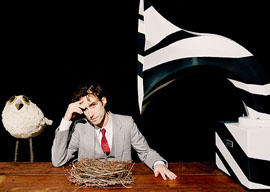 Andrew Bird’s long been a staple at indie rock shows. With his signature whistle and glockenspiel, he’s not only an excellent musician”he’s a sight to behold. On this nine-track album released Tuesday, Bird leaves behind his clever and stirring lyrics for a stripped down instrumental offering. The songs were originally offered on the deluxe version of his Noble Beast album and are arguably more exciting than his more traditional earlier albums. A highlight is the extra-long “Carrion Suite” with Glee Kotche of Wilco guesting on the drums. Even when Bird doesn”t sing, he soars. 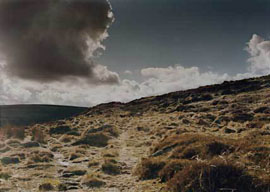 Ghosts, Brooklyn Museum, New York, October 30 “ August 14, 2011
Long before she gained acclaim for directing her boyfriend as John Lennon in Nowhere Boy, Sam Taylor-Wood was a prolific artist with a Turner Prize nomination who had multiple global solo shows under her belt. Now a series of her photographs of the Yorkshire moors is on display at the Brooklyn Museum. The “ghosts” her title speaks of are the Bronte sisters; the artist was so entranced with the literary sisters she bought a house in the same area where the Brontes lived, wrote, and died. Talk about devotion. 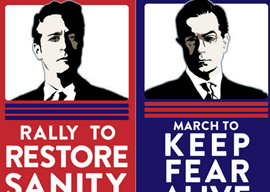 Rally to Restore Sanity/March to Keep Fear Alive, Washington D.C., October 30
The Daily Show host Jon Stewart and Stephen Colbert are crashing the Capitol this weekend for their supposedly “dueling” Rally to Restore Sanity and March to Keep Fear Alive. Stewart was inspired to gather people “round the National Mall after Glenn Beck’s bombastic rally earlier this summer”and the idea has grown far larger than he probably thought. At least 200,000 Comedy Central fans have RSVPed on the rally’s Facebook page, though it’s unclear if they”ll all actually show up. Either way, this rally is “for people too busy to attend rallies””so grab your fellow apathetic friend and hop on a bus to D.C. 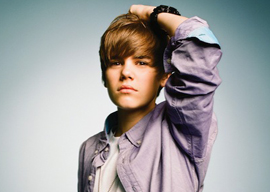 Gordon Pinsent Mocks Justin Bieber
It’s a good ol” Canadian showdown. The 80-year-old actor Gordon Pinsent lent his gravitas to the simpering “memoir” of 16-year-old Justin Bieber with hilarious results. During a skit on his show This Hour Has 22 Minutes Pinsent, donning a charcoal suit and red pocket square, plows through Bieber’s dramatic life story thus far”from bad haircuts to the “girls, girls, girls.” Nearly half a million viewers have watched his interpretation of First Step 2 Forever. It’s almost enough to convince you to buy the book and do your own reading at home.