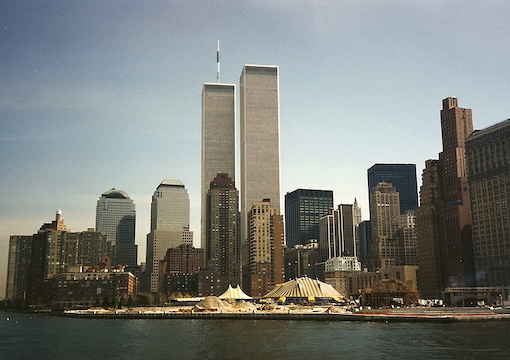 GSTAAD—Mercedes-Benz heir Mick Flick and I have been friends for over half a century. We both married Schoenburgs, both like the odd drink, both adore the fair sex, and are now both candidates for a visit from the man in the white suit, yours truly first in line. Mick gave a wonderful dinner the other evening for around thirty of us in his upper chalet, the one that’s half art gallery and half live-in space. He also has a lower chalet for his two sons and daughter. The dinner was seated and the wine was Latour. I think I had two bottles, until the wife dragged me away using all sorts of excuses. The last thing I remember was Mick laughing as I was being led out. I had given a somewhat similar shindig the previous week, and Mick sat on my wife’s right. Art and Afghanistan were the main topics. Chalet prices never came up. Later on Mick mentioned the man in white. “Sometimes I think of him,” he said. “Ignore the son of a bitch,” said I. Or as they say in Brooklyn, “Bust ’im one in da chops.” Before dinner, while having drinks in the garden, I noticed a beautiful girl—woman—blond and blue-eyed, with a hint of melancholy and without that come-hither Latin look. I then felt that long-ago flickering ecstasy of youth, and went up to her and we chatted. Her name is Anya, she’s German and lives nearby, in the Black Forest. On our way to dinner we passed my study-bedroom-library and she caught a glimpse of my Gerard Richter painting of “Uncle Rudi,” a Wehrmacht officer, and a portrait of Hasso von Manteuffel, the Panzer general. “My grandfather fought under Rommel in the desert,” was all she said. She had come with Mick and left with him. I stayed with what Italians rather inelegantly call catso in mano.

Otherwise, “tout va très bien madame la marquise,” as they say in French music halls. Everyone I spoke with at our nonstop dinner parties assumed Afghanistan is a Western problem, and an Anglo-American defeat. When I say we never had any business there, eyebrows are raised and chalet prices brought up. When I insist that if we had to invade, why not Saudi Arabia, a triple-dealing, moneygrubbing gangster state that is protected by powerful lobbies in D.C., people roll their eyes. Everyone seems to have been brainwashed. It reminds me of when as a young naïf I believed that the Americans in Vietnam were winning hearts and minds and pacifying villages by burning them down. Except that Ashraf Ghani and his gang were more corrupt and far more cowardly than the South Vietnamese ever were.

“Everyone seems to have been brainwashed.”

Mind you, I learned my lesson after Vietnam, and that is to do the exact opposite of what neocons say is good for America and the West. I also put my money where my mouth is and founded The American Conservative, whose motto is that we are a republic and not an empire. But wars are not what the “little people” think they are, conflicts of good versus evil. They are “moneymakers” for those inside the loop. Autocue aside, Biden is presiding over a republic that turned into an empire, with the inevitable decadence now taking its toll. The Visigoths are not yet at the gates, but with diversity acting as the Trojan horse, some predict the American empire will be history by 2050. Uncle Sam produces a quarter of the world’s GDP and has an unprecedented geographical position, but self-doubt and woke politics will be the straw that ends it all. Still, 100 years is not bad; the 1,000-year Reich lasted only twelve years, and the Duce’s about twenty.

But does America’s descent into insanity affect us Europeans? I used to think that without America, Europe was like a ship without an engine, floundering in the ocean. Now I’m not so sure. Britain, alas, has picked up the disease called woke, and is bringing down statues and turning heroes into villains all of a sudden. I now look to Hungary and Poland, France, Italy, Spain, and Greece to hold up our glorious past, not to mention the Dutch and the Scandinavians. Germany reminds me of early Lebanon, with better-looking women and of course the best cars, but the last time I was in Frankfurt it felt like ’60s Beirut, a race war about to boil over. Lionel Shriver had something to say about this a couple of weeks ago in The Spectator.

Good old Helvetia seems the only peaceful island in the mix, and now that the cows have come down from the heights, it feels more Swiss than ever. The weather has been perfect and I’ve seen a lot of friends, mostly Greeks, as everyone is sort of packing for the return. At dinner the other night a friend brought up the 6,500 migrant workers who have died building football stadiums in Qatar for next year’s extravaganza. I wonder why this hasn’t made any headlines; instead we have the detailed account of the allegations of an ex-girlfriend of a tennis star who claims he tried to choke her. My, my, she’s been paid off but wants more. In the meantime 6,500 families have lost their breadwinners so that we can enjoy watching football next year. Something’s very wrong here.