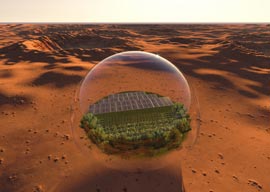 [Before saying any more I have to post a SPOILER ALERT.]

By the time the hockey stick turns up and the planet-killing meteorite bombardment commences, there are 1,552 human beings in orbit. Through mishaps, suicide, radiation sickness, and good old interpersonal violence, that number is at last reduced to eight”all female, but safe at last from cosmic rays and incoming rocks.

That is realistic. Women are hardier than men, in accordance with nature’s directive that sperm is cheap but eggs precious. The women of the Donner Party had a much higher survival rate than the men. (Old biology joke: If the human race were reduced to one woman and 99 men, it probably would not survive. If it were reduced to one man and 99 women, it probably would.)

One of the surviving women is postmenopausal. Fortunately one of the other seven”the Seven Eves of the cutely palindromic title”is a geneticist with a database of human DNA and a lab.

The eight survivors hold a fascinating conference, salted with blunt biological realism. They need to breed for intelligence. (“You know it can be propagated genetically.”) They want a mix of personalities, as represented by their seven selves, to survive in seven distinct races. Leftist reviewers found all this very scandalous, of course. Gasped the Guardian man: “It is odd to find so scientifically dubious an assumption [as that character traits can be genetically engineered] in a novel by hacker bard Neal Stephenson.” Perhaps this reviewer should speak with a dog breeder.

The book’s last 300 pages commence with the arresting header: FIVE THOUSAND YEARS LATER. That takes us really deep into spoiler territory, though, so I”ll retreat.

Many reviewers thought this last third inferior to the rest. I disagree. It is necessarily more imaginative, but that’s what sci-fi does. I enjoyed the whole book.