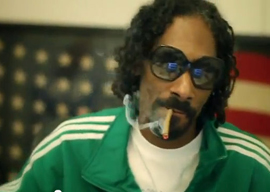 With drugs, one should never skimp on quality, weed being the exception. High demand has led to a rainbow of available strains. Different weed has different effects. While high-grade sinsemilla puts you in a practical coma making it almost impossible to speak, seed-laden homegrown can make you feel funny without impairing verbal function. I prefer the schwag or hashish, which is hard to get in America. The other stuff is just too damn strong. Plus you get high on one puff, which defeats the purpose if you actually enjoy smoking.

With other recreational drugs, people deserve quality. But if you are not a dedicated user or Keith Richards, it’s damn hard to get good stuff, which is odd given how common drug use has become. Cocaine is often cut with things such as baby laxatives and animal de-wormer or has way too much speed in it, making it near impossible to sleep unless you gobble a tranquilizer. Same goes for Ecstasy, GHB, ketamine, heroin, and the rest. If you”re not careful you can end up tossing and turning all night with a blocked nose, trapped in a K-hole, completely retarded, or dead. Nevertheless, people will take just about anything if they want it badly enough. They”ll pay for whatever crap some two-bit dealer gives them. As a result, most of the stuff out there is pretty low quality. What gives?

With recreational drugs, people ought to have the same options they have with everything else they consume. When it comes to food, clothing, and luxury goods, people can choose between handcrafted artisan items and mass-produced Chinese garbage.

Drugs should be legal because too many people do them for them not to be legal. But legalizing recreational drugs poses a huge paradigm shift for which we may be unprepared. I don”t see how large numbers of people will ever fully accept the idea that large numbers of other people will always seek to taint their purity or dissociate themselves from reality. The idea that governments would sanction and regulate heretofore illegal substances as they do food, tobacco, alcohol, firearms, and pharmaceuticals seems like more of an ideological challenge than a logistical one. Drugs will probably never be completely legal, which is not necessarily bad. We need the government involved in the drug business about as much as we need to sniff a bunch of bath salts. Decriminalizing the drug trade seems like a more reasonable compromise.

Possibly thanks to Snoop Dogg and other famous drug users such as Willie Nelson, the tipping point seems to have already happened. In England, travelers caught with small amounts of cannabis receive little more than a warning. In Norway, they don”t invite you back for two years. I”m sure Snoop won”t miss the place much. The Norway incident will probably rest in the annals of obscurity with other similar busts. But watch out, Snoop”you don”t want to end up like Whitney Houston. They do say weed is the gateway drug.

The War on Drugs is as lost as Operation Iraqi Freedom. So why not surrender? Until they wave the white flag, here’s a tip: Don”t get caught.