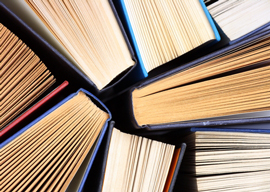 “And you are ruined by lack of it,” Az retorted.

And he’s much better at science fiction.

The Electric Church and its sequels are called the Avery Cates series, after their protagonist; they are head and shoulders the best dystopian sci-fi I”ve read in years.

The first book opens in a blown-out NYC of the future, where a one-world government has succeeded in doing its totalitarian worst. The only jobs left for humans are in law enforcement; robots take out your garbage, assuming you have a place to live, and the cyborg Monks of the Electric Church have even, as the protagonist quips, put God out of business. Non-cops carve out a living in rotgut booze or violent crime.

The series shares elements with a lot of centralized future dystopias, but when you combine the easy, martini-waving charm Somers has developed in his more realistic fiction with the nonstop action of a violent police state, you get a gorgeously smooth but exciting read. (Things are such a mess in Somers” new York that there are few “nice” females around to describe anyway”unless “a spongy, pale girl getting slowly fat, missing one front tooth” is your cup of tea.)

And the Monks are a great invention”a singularly eerie metaphor for social control. Their method of recruiting new members is persuasive: if the promise of eternal “life” as a cyborg can”t convince you to let them cut out your brain and wire it into one of their robot bodies, they”ll kill you and turn you into one of them anyway. As the leader of the centralized government confides to Avery Cates:

I believe that inside most of those Monks is a horrified, tortured human mind that is used like a puppet, with a gibbering ineffectual terror.

The situation is fictional, but the feeling is familiar; perhaps your brain isn”t trapped inside a latex mask, but when was the last time you felt free to speak your mind in polite society? The old Greeks called fiction the lie that speaks the truth, with the power to stealth-illuminate the human soul, and I absolutely believe the heart of that truth is still beating”particularly in the fantastic genres, and particularly under the radar.

Yes, that beating heart is drowning in a garbage moat. But that’s no good reason to turn your back on it. Quite the contrary.