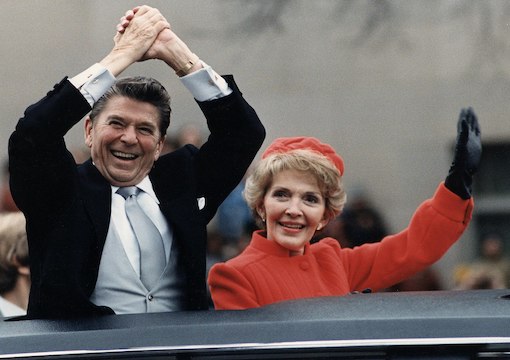 There is a popular narrative among conventional conservatives that compares the events of today to those of the 1960s and 1970s. The comparison is natural, as it follows the conventional wisdom about politics. The rage heads in the streets are always on the left. The people defending order are on the right. In this framing, conservatives get to pretend they are playing an important role in the drama.

This narrative begins with Obama, who represents the rising expectations of blacks in the civil rights era, which ended in ghetto riots and an explosion of black crime. It is easy to forget, but the election of Obama was supposed to usher in a new era of racial harmony in America. Instead, the Obama era ended with black militants shooting police officers in the streets. BLM is today’s Black Panthers.

Of course, that makes Donald Trump the Richard Nixon of this story. Instead of driving him from office with a bogus impeachment caper, the Washington ruling elite impeached Trump twice and removed him from office with a fraudulent election. Obviously, Joe Biden is the Jimmy Carter character in this telling. Instead of being paralyzed by incompetence, Biden is in the early stages of dementia.

“The fact is, Ronald Reagan is not walking through the door.”

This is the part that gets Conservative Inc. excited. This historical parallel means that what comes next is a Ronald Reagan. This will be the guy who rallies the silent majority and restores conservatism to power. In this version, the great right-wing savior will be Tim Scott or maybe Nikki Haley. The new Reagan will be a dusky deity happy to remove the stain of racism from conservatism and the GOP.

That last bit reveals the weakness of this historical analogy. The Reagan era did bring conservatives to power in the GOP, but it also washed away the old guard. This time, the old guard is Conservative Inc. The yesterday men at Heritage and AEI dreaming of 1980 will be the ones getting the boot. The thought of Nick Fuentes and the Groypers fumigating the offices of National Review is amusing, but it is unlikely.

The fact is, Ronald Reagan is not walking through the door. More important, official Washington is in no mood for reform, at least not the sort of reform this historical analogy imagines. The type of reform the Washington regime imagines is one where the secret police terrorize the public. They want a society similar to China, where opponents, real or imagined, are tormented by the corporate state.

Then there is American society in 2020. The America of 1980 just needed a majority of white people to back a reform movement. America was 80% white in 1980 and the electorate was 88% white. Reagan got 56% of that vote, which got him close to a majority without having to make much of an appeal to nonwhites. All he needed was a few points from the nonwhites to win handily.

Modern America is about 60% white now. The 2010 census had the number at 64%, but open borders and the actuarial tables are shrinking that number quickly. Every year for the past several decades about one million new paper Americans were created. The main source is south of the border, but the Arab world and Africa are represented too. Not many Europeans making the journey to the New World these days.

Now, nonwhites have lower voter turnout, but even if whites are 70% of the electorate, the new Reagan will need 70% of the white vote. Then you have the conjured vote, which numbered in the millions in the 2020 election. The new Reagan will have to appeal to the growing nonwhite bloc, which must necessarily come at the expense of the white vote. The math says that the Sailer strategy and the Rove strategy are unlikely to work going forward.

The other big problem with the historical analogy is that the people who restored order in the 1980s were smarter and more unified than those in 2020. The average IQ in America was about 97 in 1980, mostly due to the 80% white population. The 13% dragged down the average, but they also played a smaller role in American life. Nonwhites had not been integrated into the decision-making parts of society. The smart fraction was larger than today and had greater influence over society.

Today, things are much different in America. Massive immigration and the aging of the white population mean the average IQ has declined. The 2020 census is probably going to report that whites are about 60% of the population. Amerindians from South America and Africans from sub-Saharan Africa are the fastest-growing population. Demographics alone probably account for a drop of a couple of IQ points.

Then you have the natural decline of white IQ, as explained by Edward Dutton and Michael A. Woodley in their book, At Our Wits’ End: Why We’re Becoming Less Intelligent and What It Means for the Future. Whites are older, dumber, and less inclined to take risks than forty years ago. This is not a trend that will reverse anytime soon, as the baby boomers are just starting to age off. That means another point or two off the median IQ of the American population.

A generous guess at the average IQ today is 94. That is around countries like Belarus and Ukraine. Within the next decade, the average will surely drop further, making the sort of renaissance that occurred forty years ago impossible. Then you have the fact that people below that mean have real power. Forty years ago, Ocasio-Cortez is waiting tables and Jen Psaki is teaching middle school. Today they call the shots.

Of course, the joy of diversity means more social conflict, which brings with it the collapse of trust. People forget that Reagan first restored trust in the system. This was possible because the country was 80% white. Americans hated their government, but they did not hate one another, at least not in the main. Today, half the country wants the other half murdered for the crime of having voted for Trump.

Finally, there is the ruling class itself. The corporate class in 1980 was both conservative and patriotic. The financial class was still on the tight leash of FDR-era banking reforms. Washington was partisan, but the Democrats were willing to meet the reformers halfway on areas of disagreement. Tip O’Neill made a big show of opposing Reagan, but he was willing to cut deals with him as well.

None of this is true today. The corporate class is post-national, and it despises the native stock of the country. Wall Street and Silicon Valley are in a race to see which side can bankrupt the middle class first. Washington is a cesspool of incompetence and bourgeois radicalism. They have proved incapable of handling a minor public health emergency and small-time urban unrest.

Mark Twain once said that “history does not repeat itself, but it does rhyme.” This is what we are seeing today. There are similarities to a half century ago when the current rulers were early middle-age, but the story will not play out the same. Instead, we are headed for a period where we go from crisis to crisis as the white population comes to terms with demographic reality and their own dispossession.