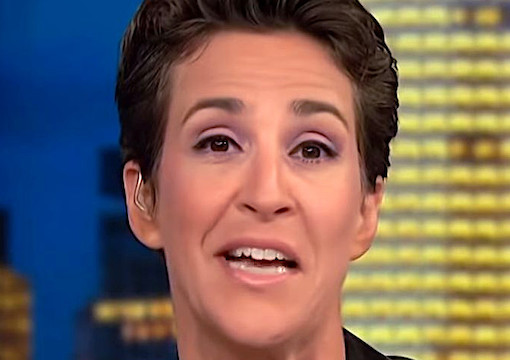 The old adage about there being a fine line between genius and madness is popular mostly because it allows average people to accept being average. They may not be smart, but they are not wrestling with their sanity. The image of the mad scientist flatters average people, so it remains popular even in an age where most people need to believe they are the smartest person in the room.

As is the case with all stereotypes and clichés, there is a kernel of truth locked away in that old adage about genius and madness. Just because someone is very intelligent, it does not follow that he is immune from crazy ideas. J.B.S. Haldane, the father of population genetics, was a communist. This was a man with an unusual degree of insight into the human condition, but he embraced the lunacy of Marxism.

Some people think that the reason so many brilliant people also embrace nutty social fads is they invest all of their mental energy into a narrow field. Population genetics is not as mathematically challenging as theoretical physics, but it is so contrary to popular belief that it requires enormous mental energy to accept. That does not leave time or cognitive resources to know that The New York Times is fiction.

“Tucker Carlson is a star because he still sounds like a normal man from 1985.”

Others think that the genius and the lunatic may share certain genes. Neuregulin 1 is a gene of the epidermal growth factor family. It plays a role in brain development, but a variant of it is linked to mental illnesses like schizophrenia and bipolar disorder. This gene is also common in high-IQ people. This would explain why Ted Kaczynski earned his PhD in mathematics at 25 but is now remembered as the Unabomber.

The trouble with both theories is they explain the extremes, but they don’t account for another phenomenon. The mad scientist pushing the limits of human knowledge and the madman screaming at traffic are relatively rare. What is common is the above-average person with a head full of nonsense, demanding society be altered to comport with that nonsense. The modern age is dominated by clever crackpots.

Take Rachel Maddow, for example. She is the most popular television performer on left-wing cable chat shows. Her show is not as popular as Tucker Carlson’s, but it often comes close to his numbers. Maddow is not the typical carny. She went to Stanford and then to Oxford. Granted, she majored in state ideology at Stanford, but getting into Stanford is no small thing. Maddow is an intelligent person.

She also believes that sprites from the Ural Mountains were weaponized by Vladimir Putin and unleashed on America in 2016. These invisible fairies caused millions of people to vote for Donald Trump. Then again, they may have caused the voting machine to malfunction in favor of Trump. It is all very complicated and the proof of that is no one has ever been able to explain “Russian collusion.”

In other words, Maddow is a bright woman, but she easily falls for the most ridiculous conspiracy theories. She is not unique in this regard. The American ruling class is littered with very bright people who fall for one hoax after another. On the one hand, they are cynical political grifters. On the other hand, they are gullible dingbats prone to falling for the most absurd conspiracy theories.

The high-IQ lunatic is so common she is starting to blend into the background noise of modem society. Few are surprised when the best and brightest rush to embrace a deranged social fad like transgenderism. No one is shocked by Madison Avenue replacing all of the white males in ads with BIPOCs. In fact, not one thinks it is odd that we now have the neologism “BIPOC.”

Lunacy is the new normal, so what gets attention is any resistance to the lunacy. Tucker Carlson is a star because he still sounds like a normal man from 1985. The theme of his show is that he sits there for an hour talking like a normal person about the crazies that now dominate modern life. It turns out that the most dangerous man is the one who keeps his wits while others are losing theirs, and blaming him.

A distinguishing feature of this age of the high-IQ lunatic is that it is also a highly feminized age. The Occident is dripping with estrogen. Maddow is a great example because she is both a woman and a lesbian. She is the role model for the aspiring harridan on every college campus. Young females are now coached by middle-aged harpies in the fine art of becoming a witch.

This is where Dr. Ed Dutton offers an explanation. He has a new book titled Witches, Feminism and the Fall of the West, which attempts to explain both modern feminism and witchery, using the tools of evolutionary biology. Until very recently, he was an instructor and docent at the University of Oulu in Finland. His work in the field of witch-hunting forced the university to anathematize him in 2020.

Dutton’s thesis is that starting in the Little Ice Age, Western societies adapted to the harsh conditions by becoming more internally cooperative, intolerant of dissent, and hostile to outsiders. Society became far less tolerant of behavior that did not contribute to group fitness, because the population groups of Europe were forced to compete with one another for scarce resources.

What feminists call patriarchy is just an adaptation to harsh conditions. It ensures procreation, encourages male investment in the offspring, and, most important, reduces conflict between males for mates. When the females are under control, the males did not have to fear being cuckolded, so they could invest their time in things other than mate guarding and cooperate with other males in those activities.

Witch-hunting evolved as a way to police the sorts of women, and to a lesser degree men, who would undermine the social order. The witch was usually an older unmarried woman who flaunted the norms of society. Her ugliness was a sign of her unfitness as a woman. These “spiteful mutants,” as Dutton calls them, were defective females who sought to undermine society, so from an evolutionary perspective, burning witches made perfect sense.

The reason we are now plagued with the modern version of the witch is that we stopped hunting witches once evolutionary pressure relaxed with modernity. As competition between groups declined, the apparent need for group solidarity and group discipline declined with it. The witches have been allowed to run wild. The result is the spread of both feminism and the annoying childless female sarcastically labeled “Karen.”

Of course, no society can survive very long when the ethos of its best and brightest involves tearing down the society. That is the state of the Occident. The witches have taken control, and with the help of the warlocks called male feminists, they are trying to pull the roof down on all of us by brainwashing people to act against the interests of society. The constant state of agitation we now experience is the last step before collapse.

The good news in Dutton’s theory is that modern witches are creating a new era of conflict that will reward those who carry the genes for group fitness. Most Western people want to live in normal societies because they carry the traits that are rewarded by normal societies. Necessity will warrant them expressing those genes with prejudice. Put another way, the witches are creating a demand for witch-hunting. If you find Rachel Maddow unbearable today, you will love what happens to her tomorrow.