Everything I Learned in College Was a Lie 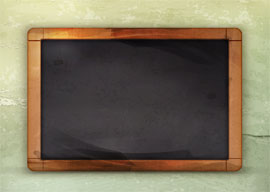 Liberal-arts educations are so invasive that they creep into your sex life. In college we were told that every gesture toward a woman needs permission. You put your hand on her lap and say, “Is that OK?” and if she says yes, you may proceed. Men are so horny, we”ll take any set of rules. If women were turned on by clowns, I”d buy red noses by the pound. So when I started getting laid, I did as I was told. Only that’s not what women want. They may like to pretend they”re just like dudes, and the The New York Times says they”re as sexually dominant as we are, but in my experience, they want to be taken. In fact, through trial and error, I learned they want to be downright abused. When I stopped playing nice and began totally defiling the women I slept with, the number of them willing to sleep with me went through the roof. When I got an email that said, “Thank you for raping me last night,” I realized everything I learned in college was a lie.

I see the vast differences between men and women every day, especially in the workplace. We were taught that women earn less because of sexism, but simple logic defeats that in an instant. As we”ve seen with illegal aliens, corporations love cheap labor, so if women were truly cheaper to employ, every man in the country would be fired tomorrow. Time and time again, reality slaps my education in the face and tells it to shut up. When it comes to leadership and problem-solving, women are not as good as men. There are obviously exceptions to this pattern, but you don”t build an economy on exceptions. I find that women make great managers and are much better at details than men, and their positions in the workforce reflect that skill. And ladies, if that hurts your feelings, just remember you have the ability to create life. You can”t complain about your lot in life when you”re magic.

Picasso once said it took him a lifetime to learn to paint like a child and it’s taken me about the same amount of time to get back to the unbrainwashed brain I had back in 1988. It seems intuitive to the point of redundant to say that women are not the same as men and America is not a racist hellhole. I knew all this as a kid and I have finally relearned it as an adult. Now, if I could only get back the fifteen years in between.