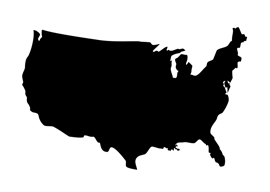 A 1994 HBO adaptation of Derrick Bell’s “The Space Traders” depicts aliens from another planet who offer the U.S. a deal: untold technological wonders in exchange for handing over every black American, no questions asked regarding their fate. The only big-money forces arguing against accepting the deal? Pro sports and the liquor industry. Bell was black, and his story has been dismissed by conservatives as paranoid fantasy. Because, you know, “eat your greens, go to church, button that shirt.” But maybe Bell was a prophet of sorts. Wouldn’t a population that takes such pleasure at the sight of blacks being farted on enthusiastically accept the aliens’ deal? And I pose that question with no joy. The state of the U.S. black community, and its likely future, is nothing to celebrate. It’s a terrible tragedy. And I suspect that much of the hostility, much of the nihilism, on display from young blacks these days is due to an instinctive if unconscious understanding that the black community might be in an irreversible free fall. This is why Larry Elder-style “live clean, respect your mama, grab the brass ring” boilerplate rings so hollow to so many young black people. Try telling a Comanche on a reservation in 1900, “Live right, read your Bible, and your community will be strong again in no time!” A people in collapse tend to lose their fondness for empty pep talks.

And is the black community a community in collapse? Well, some black intellectuals seem to think so. Writing for The Root, Morgan State professor Jason Johnson (a frequent guest on CNN and MSNBC) frets that “African-American birth rates have fallen below what is known as ‘the replacement level,’” adding, “A shrinking black population puts many of our age-old strategies for success at risk, since black power has always come from maintaining political majorities in cities like Washington, D.C., being a crucial voting bloc, or acquiring federal or private investment after a census.”

Yeah, about those “political majorities.” Based on U.S. Census Bureau calculations, Washington, D.C.’s “black population is disappearing.” And in Chicago? “Chicago’s white population seems to be on the rise. In fact, the total population of whites now may exceed that of blacks.” And what of the “progressive” West Coast? The region is seeing “an exodus of blacks” even as many “economically struggling Midwestern cities” have “declining black populations.”

Again I say, dire news. An increasingly insignificant population of more use to YouTube pranksters than the country at large. And again I say, this is not even remotely funny. It’s tragic.

So what does the future hold? Well, the fantasists will say “race war.” That’s bullshit, of course. No, the most likely future is a “whimper rather than a bang” scenario. And to make my point, I’ll once again invoke Native Americans. Right now, about a quarter of all American Indians live in squalor and dependency on reservations. The rest are spread out across the country, making a living, contributing to society. Individual Native Americans are fine, but “the community” is shit. I think that’s what we’re going to see happen with blacks. As the black community continues to decay, and as it continues to get squeezed by whites, Asians, and the stupefyingly fertile Hispanics, we’ll see a kind of urban “reservation” network take shape. Blacks with skills and a desire to be seen as something other than fart receptacles will leave the community and mix with everyone else. The remaining detritus? They’ll be increasingly boxed into urban hellholes. Reservations, essentially. Places with lots of welfare, lots of crime, and little hope. Places that cannot be helped, places that cannot be saved.

The notion that a segment of the black community might be unsalvageable is heresy to egalitarian leftists, conservative Christians (who hold fast to ideas of redemption and salvation), and establishment neocons (because “land of opportunity, early to bed, hugs not drugs, we all bleed red”). But as millions of black Americans go to the movies this week to escape reality, the rest of us might do well to contemplate the reality they’re escaping.