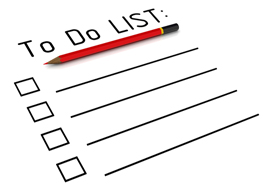 In fact, the form was even more cunningly designed than this suggests. It was of such complexity that it was almost impossible to fill it in correctly, or at least sufficiently. So that if blame had to be apportioned, which is to say if negligence had been incontestable, it could be apportioned to the last person who had not filled his little bit of the form properly. It could then be claimed that, but for this omission, the suicide would not have happened; and the chief glory of the form was that the failure to fill it adequately was almost always by someone very lowly in the hierarchy.

It is all too easy for people of moderate capacity, and even for people of high capacity, to imagine that filling in a form is the vital task that they must complete. In my medicolegal work I have seen forms filled in with the most admirable conscientiousness as they record with the utmost physiological clarity the patient’s gentle but inexorable slide to death. Or alternatively I have seen hundreds of forms filled in about the same patient with information that is clearly mutually contradictory, much of which could not therefore possibly have been true. But none of the form-fillers ever noticed the contradiction, precisely because process trumped meaning, and indeed drove the very necessity for or possibility of meaning clean from their minds.

T.S. Eliot said that some people dream of a society so perfect that nobody would have to be good. Likewise, some people (managers mostly) dream of processes or forms so comprehensive that no one will have to think. The forms are designed so that people can enter the Zen state of no-mind”and they are certainly effective in that respect.