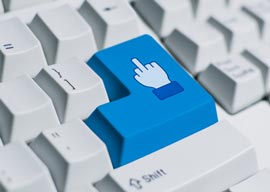 Most of the left-wing coverage of l”affaire Pao focuses on her Kleiner Perkins departure. It’s taken as self-evidently true by The New York Times that Pao was fired because she’s a lady in a male-dominated world. The Gray Lady doesn”t mention Pao’s weird tastes in conning a black ex(?)-homosexual hedge-fund manager who just so happens to owe the same amount of money she was suing for.

Nor do they mention how much Pao sucked at investing. Curiously promoted to senior partner after a stint as senior partner John Doerr’s chief of staff, Pao helped Doerr waste hundreds of millions of Kleiner Perkins” funds. At a panel presentation organized by nonprofit Cleantech San Diego in 2009, she revealed that Kleiner Perkins had already pumped about $680 million into some 50 start-up companies, and planned to invest about $1 billion in its Green Growth Fund. Pao even journeyed to Brazil to study ethanol. That waste might have been forgiven, but Pao fell asleep during a board meeting. Instead of apologizing she said she fell asleep because the meeting “was boring.” Female privilege means never having to say you”re sorry.

As Reddit CEO, Pao didn”t apologize for censoring popular topics on a free-speech platform; she was rather Orwellianly “banning behavior, not ideas.” Pao didn”t say sorry for firing an employee with cancer. Nor did she apologize for firing a popular female moderator on the mostly male site. Yes, that’s right. Those evil, young, mostly white men rebelled by shutting the whole site down on behalf of a damsel in distress. Who says chivalry is dead?

Despite the toppling of Chairman Pao, the censorship of Reddit and of Silicon Valley generally will continue apace. Silicon Valley knows its bubble is about to pop. And with no real leadership or business models beyond declining advertising revenue, it is prettying up its companies” stock for acquisition by kicking off “trolls” who made the place interesting in the first place and who helped them build their companies for free. Except there are no willing suitors with cash to burn and the bubble is getting frothy while Silicon Valley heeds the stupidity of the social justice warriors who lack the intelligence to build the fragile communities they seek to control.

Silicon Valley has chosen against civil liberties. GoFundMe bans cop defense funds or money for Christian bakers but keeps on child molesters. Uber bans drivers and passengers from carrying guns despite an Uber driver stopping a mass shooting. (This edict almost certainly means their drivers are employees, not contractors, by the way.) Twitter permanently bans free speech of journalists while its ex-CEO pretends to stand for free expression. Reddit learned this week what Jimmy Wales of Wikipedia did long ago: When you are CEO of a user-generated platform you”re the Queen of England, who must persuade, not an absolute monarch, who can command.

This lack of power might be difficult for feminists to swallow. They grew up learning “I am woman, hear me roar!” Reddit reminded them who really runs the Internet: the young men they hate. The revolution may not be televised, but it will be on Reddit.