Finnish on a High Note 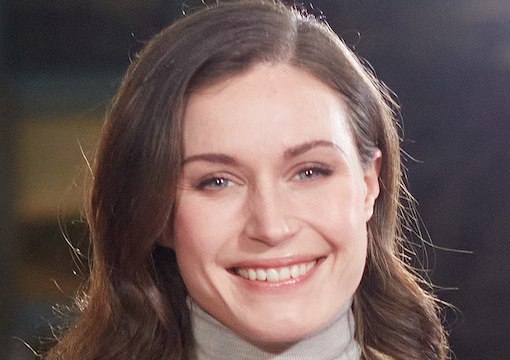 Tiny Finland, tucked away on the part of the map few people notice, finds itself in the middle of an international scandal. The coquettish prime minister, Sanna Marin, has been turning up online, partying like a club girl. In one video she is on her knees lip-syncing at what looks like a house party. In another video she is at a club, grinding on some guy who is not her husband.

Because it looks like she is under the influence in these videos, the natural speculation is that she was taking party drugs. This is one of those assumptions that seem to have roots in other assumptions about the prime minister. She has voluntarily agreed to be drug-tested to prove that she was not on Ecstasy, but simply drunk out of her mind. You have to love the modern age.

This being an unserious age, the usual suspects are blaming the leaking of these videos on Vladimir Putin. It makes sense. After all, he is able to raise and lower global food and energy prices and cause millions of Americans to vote the wrong way, so casting a whammy spell on a delicate flower like Sanna Marin is nothing for a man of his immense power. She is lucky that he did not ring up the god of the underworld and give her to him as a bride.

“She has voluntarily agreed to be drug-tested to prove that she was not on Ecstasy, but simply drunk out of her mind. You have to love the modern age.”

Putting that aside, the natural response in Western media has been to chuckle at the scolds clucking over these videos. They point out that she is young, and young people like to enjoy themselves. There is no harm in the Finnish prime minister overindulging and getting her freak on down at the club. Lighten up and let the new generation of powerful females change the world.

Mx. Marin’s defenders are not entirely wrong. Most Western leaders are too old and brittle to get their freak on these days. The average age of the political leadership in America is more than twice the age of Sanna Marin. They look at her and see one of their grandchildren, not a political peer. The last “party drug” Nancy Pelosi took was bathtub gin at a Baltimore speakeasy. Marin’s youth is refreshing.

The trouble with that rationalization is that it says more about the sclerotic political class of the West than the propriety of having a party girl as the Finnish PM. In fact, it is just as ridiculous to have a collection of museum exhibits in charge as it is to have a bar-hopping OnlyFans model as the ruler of a country. Sanna Marin is just a youthful expression of the fundamental lack of seriousness in the West.

The fact that it is Finland with the party girl in charge makes it all the more salient, as Finland has been the most serious-minded country in Europe since the middle of the last century. The Finns were known for being smart, clever, and resourceful while navigating their way through the Cold War as a friend to both sides. Finland avoided the fate of the Baltics because it had smart and serious leaders.

That was then and this is now. Like every Western country, Finland has caught the modern disease. This is where the serious and capable men are pushed aside for the sorts of people who think Gaia cares about your plastic bags. Since the end of the Cold War, the West has indulged every ridiculous fad imaginable, because it is assumed we are on a permanent holiday from history.

It turns out that history is not over and there are consequences to indulging whatever fantasies are popular at the moment. The Finns traded the boring old guys, who spent their nights worrying about keeping Finland free, for saucy party girls, who spend their nights engaging with their social media followers. As a result, Finland is about to trade its security to NATO so Sanna Marin can get a selfie with Jens Stoltenberg.

Of course, the main problem with the girls-will-be-girls excuse is that Mx. Marin is not exactly young. In a better age, she would be described as an old maid or maybe even a spinster. She is a 36-year-old childless female. She is far too old to be carrying on like a teenager. In a mature world, she would be dealing with her teenage children instead of the fallout from her latest club crawl.

This gets to the fundamental lack of seriousness in the West. Joseph de Maistre famously said, “Every country has the government it deserves.” The collective West is ruled by party girls and museum exhibits because the people of the West no longer take seriously their responsibilities. Instead of having families and defending that which makes them possible, it is one childish indulgence after another.

The collective West is a billion overindulged teenagers who think the world is here to serve them. Mx. Marin is the product of a youth culture that is quickly running out of youths, so it is left to the adults to carry on like children. Her peers in the West may be much older, but they are no more mature. They are not out clubbing because they fear breaking a hip, not because they have outgrown it.

Reality is that thing that does not go away when you stop believing in it. Putting self-absorbed goofballs in charge comes with a price, and we are seeing it now. The question that hangs over the current crisis is when does reality wake Western man from his stupor and what happens when he sees the world he has created? At that point, Mx. Marin will have bigger worries than a leaked video.