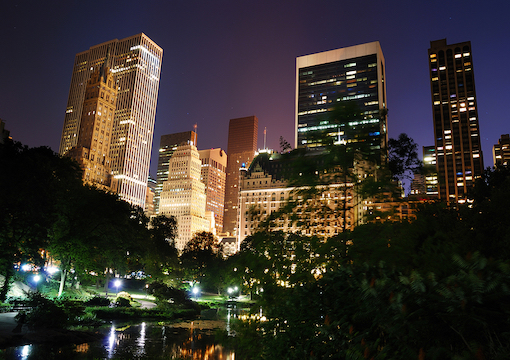 How can I phrase it without sounding pompous? When very talented people dine together, it sometimes turns into a contest of wills and wits. Polite conversation, a French specialty in saying nothing in very many words, takes a back seat. When talent’s around, look for withering responses and brain-jolting verbal virtuosity. I recently spent such an evening with the actor Harvey Keitel and his wife; the director of Bugsy, Barry Levinson; and the birthday boy, James Toback, and his wife, Stephanie. Daphna Keitel, an outspoken Israeli-born lady, set off the fireworks when she announced that Levinson’s son Sam, who wrote and directed a TV horror series called Euphoria, was doing for young peoples’ morality what Bomber Command did for Dresden’s architecture. (Not her exact words but mine.) Only worse. One can rebuild a city, but a young mind, once ravaged and corrupted, is a different matter.

Levinson, an intelligent man, defended his son’s abominable creation as best he could, but money talks in Hollywood and the lower the product sinks, the more money for its creator. The birthday boy, James Toback, changed the subject somewhat dramatically by announcing his long-ago intention to kill Levinson: “I can’t believe that he’s attending my 75th birthday having sworn to myself to murder him.” (Toback had written the screenplay of Bugsy and wanted to direct it.) After that we quieted down and had a great evening. I sat next to Harvey and we reminisced. The first time we met a long time ago, I asked him what a nice Jewish boy from Brooklyn was doing in the Marine Corps. “Why aren’t you on Wall Street screwing people?” “Who is this guy?” he asked no one in particular, “I like him.” It was the start of a Casablanca-style beautiful friendship.

“Traditional values are now the two dirtiest words in the entertainment industry and in popular culture, equal to things like racism and sexism.”

The reason Daphna Keitel brought up the sore subject was her 15-year-old son. She worries about the influence subversive shows like Euphoria have on the young. On everyone’s sons and daughters. Barbarism and brutality on screen have now gone mainstream, with militant secularists waging deliberate war on the Judeo-Christian morality that underpins our way of life. There are no restraints on these greedy Hollywood types, and they have even managed to replace religion with celebrity worship. Once upon a time the people were trusted to govern themselves in Britain and in America. In turn, the people imposed moral restraints on themselves and over their own base instincts. But then came the militant secularists and the anything-goes mentality, their war against religion and any moral constraints seen as the coolest ever. Traditional values are now the two dirtiest words in the entertainment industry and in popular culture, equal to things like racism and sexism. Oy vey!

After that tumultuous evening, I decided on a quiet one with my friend Robin Birley, who was in town. He brought a beautiful blond girl with him, one whose grandfather had fought as a Polish pilot in the Battle of Britain and had been highly decorated. I have always insisted that the Poles are the best people in Europe, as well as the Hungarians, yet Poland and Hungary are consistently picked on by the unelected bureaucrooks of the E.U. and called undemocratic. With us was a Washington insider whom I obviously cannot name and whose latest firework came straight from another source I cannot name. Michael Bloomberg has a Bermudan boyfriend, apparently a hunk, and Diane Taylor, his nice lady friend, has been a beard all along. I expressed surprise and asked the D.C. insider what, if any, proof he had. “His frequent weekly visits to Bermuda while he was mayor, the purpose of which was always kept secret, but rumored widely to be the result of a homosexual affair.”

Well, I am no Bloomberg fan—he’s an awful man who has bought his way through life and bent the rules nonstop—but I’m not sure the insider has it right. Anyway, Pete Buttigieg, who is running a strong second, is married to a man, and still people are willing to vote for him. So if it emerges that Bloomie has a Bermudan boyfriend, not much harm is done. Such is the modern world, alas. And now for a reality check: My sensei Richard Amos was going to Japan to visit with our sensei Mr. Yahara. Richard and I were filmed fighting and I sent my regards to my old sensei. Then I made the biggest mistake of my life. I looked at the film. In it a young man is fighting an old man, the latter hardly lifting his legs off the ground, his attacks tentative and stiff. No wonder the bum I grabbed by the throat in Central Park two weeks ago hardly reacted. So I had the tape burned, and took a four-day crash course in looking like a young karateka rather than a stiff old man. The secret is to remain completely loose and attack with your groin. Yes, you read that right. This is how the Japanese hit you before you see them coming, because they move belly first. We Westerners are top-heavy and move with our heads and shoulders. For four straight days I did belly first only and then had another film shot. A young Taki appeared on screen kicking like a cub, and I only hope my old sensei doesn’t think I’ve superimposed my head onto a young man’s body. Remember, groin and belly first.