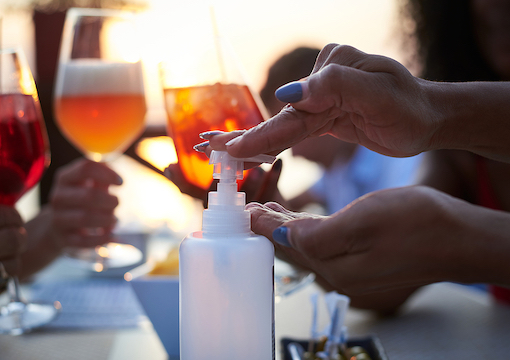 In the 1950s, what came to be known as the Asian flu swept the world, killing an estimated 4 million people. The method of counting flu victims at the time was no better than today, so the actual number of deaths is still debated. Seventy years ago, close enough was good enough, so the official number was probably a bit low. Today, the opposite is true as there is big money in big numbers.

Ten years later, another pandemic hit, this one called the Hong Kong flu because that is where it was first detected and they had already used the name Asian flu. This one is considered one of the deadliest pandemics in history. It was caused by an H3N2 strain of the influenza A virus. The death toll was roughly the same as the Asian flu a decade earlier, around 4 million people worldwide.

By comparison, the Covid pandemic is said to have killed 6 million people globally over the two-plus years of its existence. There is a great deal of debate about that figure because of the incentive to inflate the death toll. Hospitals in the United States, for example, were literally paid for every Covid death. Panics, of course, result in exaggerated figures, so that probably boosted the Covid numbers as well.

“The thing that distinguished the Covid pandemic from relatively recent pandemics is this time the West went insane over it.”

The population of the world is roughly three times higher than in the two pandemics from the middle of the last century. That means the body count from those prior pandemics is up to three times that of Covid. Again, the numbers are still being debated and will always be debated. Researchers are still debating the death toll from the Spanish flu, which was more than a century ago.

What we can say with confidence is that Covid was no worse than the Hong Kong flu and the Asia flu. Go back further and you can find pandemics that were far more deadly, like the aforementioned Spanish flu or the Russian flu in the late 19th century. That one was also caused by a coronavirus. We know this because it is still with us as one of the bugs that causes the common cold.

The thing that distinguished the Covid pandemic from relatively recent pandemics is this time the West went insane over it. In prior flu outbreaks, even the terrible Spanish flu, the response was much more sober-minded. The authorities organized available resources to treat the sick as best they could and did what was reasonable to prevent the spread of the disease. Otherwise, life went on as normal.

Obviously, this was not what happened with Covid. The entirety of the Western political class flew into a rage-panic. Crackpot ideas like social distancing and lockdowns were imposed. People were told to wear ornamental face coverings, even when they are alone in the car or the shower. Curfews were imposed on the assumption that no good happens after dark. Virtue was the best defense against Covid.

No one knows the true cost of these insane policies. We do know they had no effect on the course of the pandemic or the death toll. Just looking at the raw numbers as reported makes that point. If these measures had any impact, the Covid death toll would be lower than the prior counts. Sure, Covid may be a worse virus, but medical care is orders of magnitude better today than seventy or a hundred years ago.

There is another wrinkle to this story that is not getting coverage, but it surely ties into the Covid response. Non-Covid deaths continue to rise in the West. That is, the excess deaths from things other than Covid is going up. Life insurance companies began to notice a spike in non-Covid deaths last year. No one knows why this is happening, but one suggestion is the lack of proper care due to Covid rules.

Then there is the vaccine. A steady flow of studies on both the effectiveness of the vaccine and the actual side effects tells us that the vaccines are fairly worthless in preventing infection. They also come with a much higher rate of side effects than was told to the public. The number of people dropping dead while exercising has ticked up significantly, suggesting myocarditis could be one driver of excess deaths.

It is still too early to make a judgment on the deleterious impact of the vaccine, but we can now state that they had no impact on the virus. There is simply no evidence that these jabs offered any protection. What little there was quickly dissipated. It is why Covid is now a pandemic among the vaccinated in the political class, including the prime vaccine cheerleaders, President Biden and Anthony Fauci.

It cannot be stressed enough that the vaccine is looking like one of the greatest boondoggles perpetrated on people in human history. Hundreds of billions for a worthless vaccine that may leave millions with long-term side effects, one of which is reduced immunity to infection. This boondoggle includes immunity for the drug makers, bestowed on them by the politicians who pushed the vaccines.

The question is, why did this happen? It was clear early on that Covid was not an extinction event or even the Black Death. The Diamond Princess cruise ship case provided the worst-case scenario. It was a closed environment where old people were in close proximity with one another. Approximately 712 out of the 3,711 passengers and crew were infected, and by mid-April 2020 nine had died. Hardly the end of days.

One reason is that the managerial class, long dreaming of reengineering society in their image, used the panic to advance their schemes. This is not as conspiratorial as it sounds, given that the news has been full of people talking about this very idea for the past two years. The World Economic Forum is the Burning Man of the managerial class, where they go to publicly talk about their plans to reengineer the world.

Another possibility is paranoia. Deep doubts about their ability and a growing fear that the people will realize that their leaders are incompetent is leading to a growing paranoia in the halls of power. Every minor crisis is met with new controls. Like the warden of a prison on the brink of a riot, the political class saw Covid as a potential tipping point, so they responded with a wave of social controls.

The current economic crisis supports this theory. Every day a Western leader publicly frets about civil unrest over food and energy shortages, despite the fact that the people have shown no signs of revolt. The reason the politicians keep talking about potential revolts is the same reason Washington is obsessing over fictional insurrections. These are people who think they deserve a revolution.

Ironically, if a revolution is to come it will be due to the mad response to Covid over the past few years. If the people in charge today had done what their predecessors had done, this pandemic would be gone and forgotten. Instead, they panicked and unleashed hell on their people. They made a natural phenomenon, a part of the natural cycle, into something much worse.

This may be why we have seen the collapse in trust in the institutions. Lots of people were swept up in the panic and they now feel like fools. Others trusted their government, with regards to the vaccine, and now they fear the long-term effects. Skeptics were harassed for asking obvious questions. The logical place to lay the blame is the people who perpetrated this crime against the people.

The distinguishing feature of past pandemics is that they are quickly forgotten, with the exception of those that altered the flow of history. The Black Death undermined the social organization of Europe. The plague of Athens altered the course of the Peloponnesian Wars. Covid may be remembered for having exposed the managerial class as paranoid incompetents unfit to rule the West.