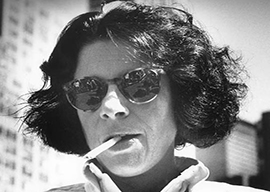 Public Speaking, Airs on HBO, November 22
It’s not every day a celebrated auteur carves out time to direct a documentary about a writer who doesn”t write. But such is the odd couple of Public Speaking, a new film by Martin Scorsese profiling one of New York City’s brightest, if not least productive, wits. Since writing Metropolitan Life and Social Studies, Fran Lebowitz has had a writer’s block of epic proportions, so perhaps this look at her life is the push needed to put her pen to paper. Typically compared to Dorothy Parker, Lebowitz possesses the driest sense of humor from any borough, which Scorsese ably captures onscreen in typical “who’s who” New York locales (Waverly Inn included).

Say what you will about Kanye West’s eccentricities”Taylor Swift jokes are still being repeated a year after he bumrushed the stage following her award win”but when the man actually sits down and makes music, it is good. His latest album, out Monday, already courted controversy last month when the first cover was not safe for Wal-Mart shelves. He’s since released five more, and Kanye devotees have been scooping up tracks each Friday when he shared them on Twitter. Don”t miss “All of the Lights” with guest stars Rihanna, Alicia Keys, John Legend, The Dream, Fergie, and more. George W. Bush may still be smarting from Kanye’s insult, but the rapper’s is proving his lyrics are just as unforgettable as his gaffes. 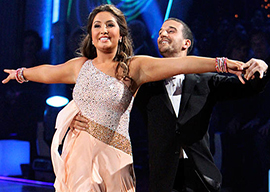 Dancing With the Stars, Airs on ABC, November 22 & 23
Is it inappropriate to recommend watching a trainwreck? No matter. Against all odds, Bristol Palin’s made it to the final three of the reality dance competition, and if she wins, all hell could break loose. Last week, a Wisconsin man fired his shotgun at the TV when Bristol sailed through another round because, as he said, she’s not a very good dancer. Brandy looked shocked to be eliminated, and now the finalists are a strange grab-bag of contestants”a previously unknown Disney star, 50-year-old Dirty Dancing star Jennifer Grey, and Bristol. A Palin win on Wednesday could be used as a barometer for Sarah’s chances in 2012, as many believe Tea Partiers are flooding the lines with votes. 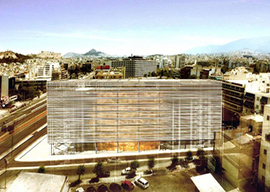 The Athens Dialogues, Onassis Cultural Centre, Athens, Greece, November 24 “ 27
If reality TV isn”t your cup of tea, a new cultural institution is holding a conference on Greek culture this week with academics, scientists, and intellectuals. They”ll discuss issues ranging from Identity & Difference to Quality of Life before the December inauguration of the new Onassis Cultural Centre, built to promote contemporary art. The December events include an Orchestra of Colours, presentations by a leading dance company, and a wordless karaoke directed by Alvis Hermanis. One of the real draws is for architecture buffs”the building itself is a seven-story wonder of white marble, glass, and gold leaf thrust down in the heart of Athens. 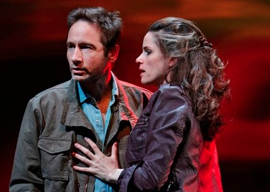 The Break of Noon by Neil LaBute, The Lucille Lortel Theatre, Opens November 22 “ December 12
It certainly doesn”t hurt when the New Yorker says “there is no playwright on the planet these days who is writing better than Neil LaBute.” The Tony winner’s latest, a meditation on finding religion after a horrific accident, opens this week Off Broadway. David Duchovny, no stranger to redemption after his sex addiction and marital troubles were made public two years ago, stars as the nonreligious John Smith (clever name!), who sees God after surviving an office shooting. Amanda Peet, John Earl Jelks, and Tracee Chimo also star. It’s a heavier night than LaBute’s reasons to be pretty, but a worthy one, nonetheless.