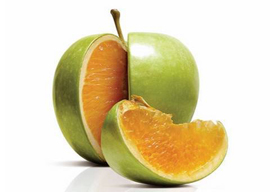 Freakonomics seems even more scattershot as a documentary than as a book. For instance, the portentous episode “Pure Corruption” draws strained analogies between Bernie Madoff and Levitt’s Stop-the-Presses revelation that sumo wrestlers often take a polite dive in a tournament’s 15th and last match when they”ve already advanced but their opponents are on the bubble.

The movie repeatedly emphasizes Levitt’s self-image as the Scourge of Dishonesty, so it’s ironic that he included a segment reasserting his most popular theory: that legalizing abortion cut crime decades later through pre-emptive prenatal capital punishment of the “unwanted.”

Yet, as the creativity expended upon baby names by expectant black teens suggests, underclass pregnancies appear to have been largely wanted. Instead, Roe v. Wade‘s main demographic effect was more likely decimating the law-abiding working and middle classes.

When I debated Levitt in Slate in 1999, I pointed out to him that, at the national level, the abortion-culled cohort born immediately after Roe grew up to have a teen homicide rate triple that of the last cohort born before legalization. He could only reply that his complicated manipulations of state-level data validated his theory.

In Levitt’s movie eleven years later, narrator Melvin Van Peebles stentoriously intones: “There is a meaningful and to date unimpeached connection between giving women the right to choose and a reduction in crime.”

Oh, come on…it was completely impeached in November 2005 by Boston Fed economists Christopher Foote and Christopher Goetz, who discovered that Levitt’s finding depended upon two errors he”d made in his state-level programming.

Having earned only $74,090 in theatres, this $2.9-million documentary is now mainly available as Video on Demand for $6.99 from Amazon and iTunes. Sadly, Freakonomics“ modest box-office performance implies that we shouldn”t count on ever seeing the long-awaited feature film adaptation of Malcolm Gladwell’s rival 2005 pop-sociology bestseller, Blink: The Power of Thinking without Thinking, currently slated to star Al Pacino.

Gladwell and Pacino”how can that combo not be pure movie magic?