From Reformers to Rebels 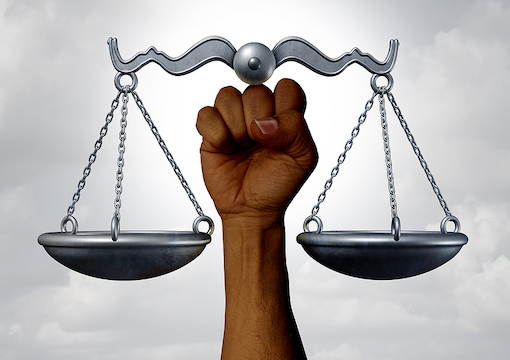 For close to a generation now, realists have been warning about what happens when America becomes majority-minority. Immigration patriots would point to California as a warning about mass migration. Others warned about what happens when a society becomes Balkanized. Then of course there was the political reality facing the Republican Party as the migrants poured over the border.

All of these appeals to the ruling class fell on deaf ears, because America now has a ruling elite so spiteful and stupid, they are beyond such appeals. This was all on display last year when the rulers set violent mobs loose in the cities. None of it was necessary or prudent, but they hated Trump and his voters so much, they just had to stage a nationwide tantrum, no matter the consequences.

Probably the most baffling thing to dissidents has been the unwillingness of Republicans to defend their own interests. In the 2016 election it was clear that there was no future for the old Republican politics. If they hoped to escape what happened to the California GOP, they had better figure out how to take advantage of what propelled Trump into the White House, even if it made the left unhappy.

Instead, they threw the 2018 election, to curry favor with the left. They’d spent two years keeping Trump from delivering on any of his promises, then happily accepted defeat in the midterm. The follow-up was their indifference to the massive fraud in the 2020 election, which cost them the Senate. Now, of course, they are demanding their voters be arrested for exercising their rights.

It is a bit sooner than predicted, but the GOP is now a permanent minority. This assumes there even is a GOP ten years from now. Their best efforts could not win them one seat in the Georgia runoff. If they cannot win in Georgia, they have no hope of ever retaking the Senate or the House. They lost to a black clown and a Jewish homosexual in the heart of the old Confederacy. Nixon is rolling in his grave.

We’ve just entered a new world. For a generation, there appeared to be real competition between the parties. Voting mattered, or people believed it mattered. The new normal means that elections are meaningless rituals. Many people will keep pretending it matters, but it will become clear to most that the new normal is a one-party state immune from the popular will or public criticism.

This is an enormous change in our political culture. The right-wing protests are one early result of this new normal. It used to be that street protests were the domain of the left. The sorts of people who volunteer for their local Republican candidate did not go into the streets. They took pride in their rallies being peaceful and orderly with all the trash cleaned up afterward.

Now a growing number of people on the right are engaging in the aggressive style that used to only exist on the left. More important, when the criticism comes from the establishment, especially the Republican establishment, they laugh about it, reminiscent of the ’60s radicals. Suddenly, right-wing activists think it is good to be bad, so they are encouraged by the finger-waving from the party.

This new realty also opens the door for the organized assault on the Republican Party, as a symbol of the corrupt system. The people who used to just sit out most elections, the segment that Trump brought back into politics, is now being joined by a larger, angrier group that blames the current reality on the traitors of the GOP. All that hope that carried Trump in 2016 has evolved into anger and is now collecting around anti-GOP fervor.

The fraud issue also means that protesting elections in general will become a political weapon by the 40% or so Americans without a party now. This will be met with more fraudulent schemes like internet voting, but that will just serve to further undermine the legitimacy of the elections. In addition to becoming a one-party state, our system will take on the character of a banana republic.

Of course, the elephant in the room is race. The new permanent ruling party is a coalition of tribes united by their hatred of white people. The politicians cannot appeal to the civic duty of white people, when white people are explicitly excluded from the system. The only politics for white people in such a system is a politics of opposition to the system itself, because their path to self-rule means destroying the system.

This is life as a permanent minority. There is no going back to the more genteel politics of the past because those politics required a robust majority. Even the partisan politics of twenty years ago are impossible, because they required a majority population. The politics of the majority-minority state are zero sum, adversarial, and antithetic to the basic requirements of self-rule. The new normal promises to be nasty, brutish, and short.