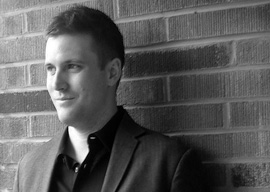 NEW YORK CITY—Richard Spencer made the front page of the NY Times two days in a row last week, as well as a half-page report on the third day. For any of you who have never heard of him—and very few have—he is described by the mendacious Times as the leader of the “white nationalist movement,” a movement not too many of us who believe in the white race are aware of.

Let’s start at the beginning. After I “sold” The American Conservative magazine to a man called Uns for one dollar—I have kept the check and will cash it only if in terrible need—I invited Richard Spencer to visit me at my New York house, where I offered him the job of running my website, Takimag. (He was a laid-off worker at the magazine.) Richard was well-read, a bit vague, nice-looking, well-dressed, and well-spoken. Things were hunky-dory until he asked me where the bathroom was. When he returned he looked a bit pale but told me he was fine. After we agreed to his salary and the ideology Takimag would follow—all opinions with shades toward the right—we shook hands and off he went.

“The NY Times wants to scare Americans into thinking the Ku Klux Klan is on the rise. Elementary, my dear Sulzberger.”

That is when one of the maids came down and informed me that my guest had thrown up all over the carpet and had simply left the mess for her to clean up. The mother of my children was outraged, and when I defended him that he hadn’t thrown up on purpose, she pointed out that no member of our staff was expected to clean up such a mess. As she was already Orlando Furioso, I withheld the fact that Spencer hadn’t even bothered to tell me about it.

I nevertheless let it go, and Spencer ran Takimag for two years. Our circulation was 25,000, steady and constant. It was not good enough and I decided a change was needed. We parted amicably and he took days to teach my daughter, who replaced him, all the tricks of the trade. That was much appreciated. That was in 2009. At last count our readership was two and a half million, and although we pay our writers, we are close to breaking even. I will let the readers make up their minds on this one.

Now Spencer is on the front pages of newspapers such as the NY Times because he serves their purposes: scaremongering, the shameless use of double standards, and an on-purpose utter lack of proportionality in order to achieve its goal. Which is that the United States is in danger of reverting to Ku Klux Klan times. And, of course, to besmirch Donald Trump as a cryptofascist who in reality is a white supremacist. The truth is very different. I don’t think the Donald knows who Spencer is, though he may have a vague idea of what the alternative right stands for.

This is an old trick. What is more recent is how the very few who follow Richard Spencer can seem like very many on the internet. A friend who understands these tricks explained it to me, but it was like trying to teach Bill Clinton to keep his mouth shut. I am, after all, a Luddite. It goes something like this: spamming the thread. They send comments in that look as if thousands have read a certain article, but in reality most of the comments have been written by one or maybe two persons, or three. They just use different names for each comment. Presto! A movement is born.