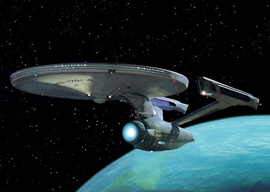 A few years ago I received a telephone call from a college fundraising creep looking for a handout. I don’t have any money to spare, but I innocently inquired how they’d use my hypothetical contribution. The first thing that came to her mind was their new Hindu Department. Since I’m still annoyed I never learned the Latin and Anglo-Saxon my parents were taught in high school, that wasn’t much of a selling point for me. She pointed to a glorious new program where one could text-message questions to a physics lecturer, “like Twitter.” I couldn’t see the purpose in this unless the Physics Department was afflicted with quadriplegic mutes unable to raise their mitts in the air like we did in the old days. They’ve never called me back.

Perhaps I am a greedy grouch who should fork over my hard-earned dough to perpetuate the rich marbling of useless administrators at my old university. Maybe I should fork over some payola for professors of make-believe subjects who are hostile to everything I hold dear. Possibly I really should pay for the mute flipper babies in my old Physics Department who can’t raise their hands to ask a stupid question. You’re never going to get me to willingly pay for fl”neurs who pretend to be scientists. Those guys really harsh my hairdo.

“I’m not sure what ‘sustainability’ actually means, though in the common usage it seems to have something to do with eating gruel and driving a lousy car.”

A couple of perfumed princes of academia made the news a few months ago for publishing the idea that space aliens might cross the vastness of space to blow up the Earth because too many rednecks drive big trucks. The authors are from the Penn State Geography and Meteorology Departments and a NASA planetary-science division.

This paper’s authors seem to have gotten their ideas from one of the later, preachier Star Trek franchises. In fact, the authors of this paper explicitly and repeatedly reference Star Trek in their paper, along with other pop-culture sources such as District 9, The Hitchhiker’s Guide to the Galaxy, Independence Day, War of the Worlds, and the deservedly obscure movie K-Pax. The wacky idea that aliens might wipe us out because we don’t listen to the dire warnings in The New York Times’ editorial page is admittedly only one of this paper’s several peculiar speculations, but the entire thing is polluted with the same sort of mush-headed thinking one finds in popular science-fiction television. The paper’s authors seem to think a hypothetical spacefaring race of all-powerful aliens would also value “diversity” (yes, they use the word—four times) as highly as modern white American academics. They think it unlikely that spacefaring races of alien beings would not be terribly aggressive—except when it comes to people polluting the ecosphere. These learned men also suppose that aliens are concerned with SWPL virtue words such as “sustainability.” This vacuous word is used a whopping 30 times in a 33-page paper. I’m not sure what “sustainability” actually means, though in the common usage it seems to have something to do with eating gruel and driving a lousy car.