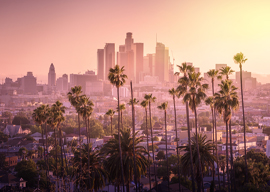 Again, it’s a profound dishonesty. The identity-fueled racism of nonwhites is misrepresented as “tolerance” in the pursuit of “diversity.” But I question how long leftists will be able to keep patching the holes in the facade. Last week, the Boyle Heights segregationists took a field trip to Illinois at the invitation of a group of community activists from Pilsen. Pilsen is a predominantly Mexican neighborhood in Chicago’s Lower West Side. Now, chalk this up to the fact that I care so little about Chicago that I’ve never bothered to learn its demography, but I had no idea the city had a Mexican neighborhood, let alone one that has been Mexican for almost a half century. Honestly, I’d have thought it would be too damn cold for ’em up there. But Mexican it is, and Mexican the residents want it to stay.

The Boyle Heights activists joined up with Pilsen activists to protest the opening of a new restaurant in the neighborhood. The owners of the eatery, named S.K.Y., are accused of “gentrifying” the neighborhood with their presence. So of course the activists responded by defacing the building, threatening the staff, and blocking people from entering. Naturally, the local press celebrated the anti-gentrifiers, mindlessly repeating their talking points: “Once a fancy restaurant moves into Pilsen, wealthy whites will follow, and soon property values will rise, and minorities will be tossed into the gutter, and so on and so forth blah blah blah genocide.”

But the chef-owner of S.K.Y., Stephen Gillanders, is baffled. His meals start at $7, hardly the stuff of billionaire foodies. So why the resistance from the locals? Well, it turns out that Gillanders is Filipino and his wife is Korean. Media reports that have mentioned Gillanders’ race have suggested that it’s somehow odd that the activists are attacking a fellow minority. “But don’t they know he’s not white? Surely once they find out, they’ll welcome him with open arms.” I would suggest that Gillanders’ race, far from being a potentially mitigating factor in the protest, is, quite conversely, a prime reason for it. The Pilsen activists speak again and again of keeping Pilsen “Mexican.” Not “diverse,” not “rainbow,” but Mexican. In fact, CBS Chicago reported that it isn’t just Gillanders’ business that’s being targeted. The protesters are “demanding that non-Mexican owners here [at S.K.Y.] and across the street get out of Pilsen.” Viva la Raza!

There’s your identity politics, leftists. This is the logical conclusion of the race-centered worldview that the left encourages nonwhites to embrace. These “progressive” geniuses thought they could unleash that beast on whites alone. They thought they could feed it, nurture it, grow it big and fat, and still control it.

How’s that workin’ out?

And now that the beast has turned on its creators, the left is preventing any kind of “honest dialogue” (the thing that leftists always say they want but actually never do) about the “anti-gentrification” protests. It would be nice if the media would report these matters accurately, even if it means portraying people with black or brown skin in a negative light.

Of course, we all know that doesn’t have a Chinaman’s chance in Pilsen of ever happening.