Get Ready for Charlottesville Part 2 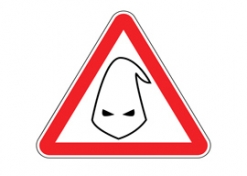 I don’t advocate for a white ethnostate and, needless to say, I’m no racist or white supremacist. Nor do you have to be to recognize that the writers at websites like Counter-Currents are correct that what the cultural left aims at is white dispossession. Of course, it’s easy to dismiss such a belief as paranoid or exaggerated. It’s difficult, though, if you’re informed, not to believe that dispossession will be the final goal of the left’s cultural logic. Today we are constantly told that any unequal outcome is owing to white supremacy. And though that is an obvious fallacy, still, once enough people believe that sort of thing, it becomes easy enough for the property and resources of “oppressors” to be transferred to their “victims.”

Since the late 1960s, academics have been teaching students who are too young and too ignorant to know better that people are guilty for events that preceded their existence and with which they themselves had nothing to do. By now, there is not a single area of American life that does not reflect that satanic influence. This is a very dangerous road to travel, and we should heed Ilana Mercer’s warning about the fate of whites in South Africa, where they are routinely slaughtered and their property and resources seized as black Africans use past grievances as a pretext for plundering whites in the present.

That can’t happen here, you may think. And yet, consider the left’s understanding of the 2016 presidential election. Incorrigibly clueless, the left still believes the Trump presidency was caused by white racism. The left does not realize that most Americans, regardless of their race, have long been betrayed by the liberal Democrats and the neocon Republicans alike.

Meanwhile, celebrated writers like Ta-Nehisi Coates and Michael Eric Dyson argue that whites owe blacks reparations. The United Nations calls for the same. For many in the dominant intellectual class, Susan Sontag’s crazy belief that “the white race is the cancer of human history” is a sign of moral sophistication. In practice, this is a handy justification for white dispossession, a goal that is facilitated by demographic changes and the moneygrubbing globalist open-borders agenda.

The settler colonial system? On what planet do these persons live? Dismantling the prison industrial complex? Why? Because blacks, consistent with their disproportionate amount of criminal offenses, are disproportionately incarcerated? ICE abolition and open borders? Do these persons even know what a country is?

Other questions could be asked and objections made about this unthoughtful hodgepodge, but I am out of space. Suffice it to say that, whatever one may think about the alt-right—and it has not been my purpose to “defend” it or take anyone’s “side”—it is far from being our only, let alone primary, problem in identity politics. Again, it has no political power, and very little cultural influence. Culturally and politically, the left is dominant.

As for the upcoming white civil rights rally, will there be bloodshed and media misrepresentation? Most likely!