Ghosts of the Truman Doctrine 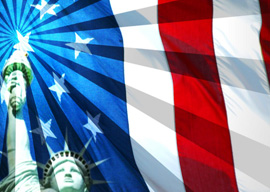 But there are governmental attacks on politically incorrect sentiments closer to home. In Saskatchewan, ministers have been threatened with jail if they read aloud passages from the Bible that are sexist or homophobic. Presumably said ministers can get away with this act against Canadian “human rights” if they dissuade their parishioners from believing in the offending biblical ethics. Why are attacks on liberty acceptable when done in the name of “human rights” but not because of the Koran?

Krauthammer complains that there are still Americans who question his “freedom doctrine”: Although the left is “enthusiastic for Arab democracy,” they have not been consistent in their willingness to do what is necessary to sustain it. “Indeed, the left spent the better part of the Bush years excoriating the freedom agenda as either fantasy or yet another sordid example of U.S. imperialism.” Krauthammer is particularly bothered by what we are led to believe is the exclusively leftist idea of “Arab exceptionalism,” namely the idea that our Western ideas about democracy are not workable for Arabs.

Is Krauthammer such an idiot that he doesn”t know that lots of people on the right, including most Ron Paul voters, believe it’s a bad idea to invest money and lives trying to convert most of the world to those features of modern democracy that Krauthammer considers desirable? These mavericks (to borrow Sarah Palin’s term) also believe that we would do better to fight for our diminishing freedom in the Western world rather than going elsewhere in search of monsters to slay. No one is asking Krauthammer or his buds on FOX News to agree with this alternative point of view. It’s only a question of acknowledging that those who disagree with them are by no means exclusively on the left. Why can”t they treat their enormous opposition on the right as worthy of respectful mention?

I believe there are two obvious reasons for this rejection of reality. First, the predominantly Jewish neocons who run the conservative media apparatus loathe “opponents on the right,” meaning people who are collectively dismissed as anti-Semites and who are so uniformly contemptible that one is supposed to avoid noting their existence. Krauthammer on TV can barely conceal his revulsion for Ron Paul, and last week he poured out his contempt on the mostly conventional Republican CPAC because some of the participants were enthusiastic Paul-backers. Such enthusiasm has not been authorized, and those who express it are, from Krauthammer’s perspective, deserving of suspicion. Who knows whether such enthusiasts aren”t also “neo-Confederates” like Tom DiLorenzo, who has been beaten from pillar to post in the national press for having addressed the League of the South in addition to being an economics advisor to Ron Paul? Krauthammer, Kristol, and the Pod people surely wouldn”t want such a person allowed anywhere near the conservative-GOP coalition. Someone as extremist as DiLorenzo might scare off Freedom House, the National Endowment for Democracy, or those liberals whom the neocons have wooed onto their TV programs.

Two, it is important that the neocons, who are having their way in terms of controlling “movement conservative” resources, don”t cause their benefactors to notice that theirs is not the only show on the very loosely defined “right.” There are still competing views from bona fide conservatives, and if business donors are made aware of this fact they may take their donations elsewhere. For those who are monopolizing the goodies, it is important to keep those who count from noticing other conservative positions.

The liberal media has exactly the same interest. The establishment left does not care any more than the neocons to see the present “conservative” opposition pulled toward a harder right. Even if the left and the non-neocon right occasionally agree on foreign policy, they are farther apart sociologically than, say, Jonah Goldberg is from Matthew Yglesias or Bill Kristol from Alan Colmes. Those permitted to participate in the conversation keep the others out of view. Why complicate the picture by seeking the opinion of nonpersons?