Give the Dog Narcan 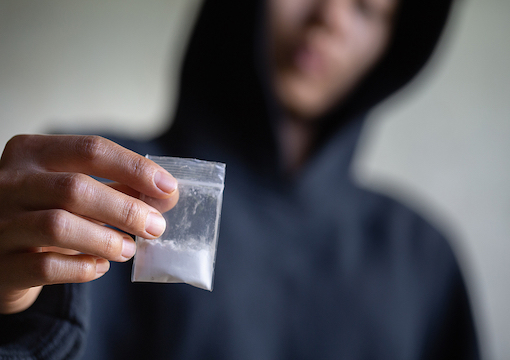 Terrific investigative reporter Sam Quinones, author of the 2015 book, Dreamland: The True Tale of America’s Opiate Epidemic, is about to release a new book, The Least of Us: True Tales of America and Hope in the Time of Fentanyl and Meth, out next week. It’s jam-packed with amazing facts and, like all of Quinones’ work, reads like a thriller.

You may think you know this story. Trust me, you don’t. I normally don’t write book reviews, but Quinones’ book is well worth your time. However, I reserve the right to slap him around a bit on his idea of “hope.”

Here are some quotes from the book to give you a sense of why you won’t be able to put it down:

“Not only Quinones, but nearly everyone sentimentalizes drug users, arguing for widespread availability of antidotes, rehab, counseling.”

“[Z]ach, a star high school running back, died … from a fentanyl-laced bogus Percocet sold to him by a dealer he found on Snapchat. The dealer delivered the pill at 3 a.m. The family’s Ring camera captured Zach sneaking from the house. … His father found him dead on the front lawn at dawn.” …

“Why would addicts seek out fentanyl, knowing it would likely kill them? The answer: That’s the nature of addiction; it reprograms our brains so that their mission is not to ensure our survival but to pursue the drug. In the world of opiate-addicted brains, an overdose is not a warning; it’s an advertisement.” …

“I spoke with two recovering meth addicts who said they had to relearn how to speak. ‘It took me a year and a half to recover from the brain damage it had done to me,’ one of them said. ‘I couldn’t hardly form sentences. I couldn’t laugh, smile. I couldn’t think.'” …

“In Columbus, Ohio, [a drug counselor] remembers a meth addict who was hospitalized with frostbitten, gangrenous hands, yet who left the hospital in midwinter to find more dope.” …

Quinones is satisfyingly venomous toward the Sackler family (the pushers of OxyContin). But I wish he’d expend a little of that bile on the Mexican pushers.

As he painstakingly documents, these new drugs, fentanyl and P2P meth, are produced almost entirely in Mexico, then distributed to every corner of the U.S. through a ready-made network of immigrants — legal, illegal and anchor babies. But Quinones seems unable to mention that Mexico is drowning our country in these poisons — without reminding us that legal pain pills paved the way! (I thought we were supposed to sneer at “gateway drugs” like marijuana, as a scare tactic out of “Reefer Madness.”)

— “‘Doctors and Big Pharma prepared the battlefield,’ [a DEA agent] said, ‘creating a market for the cartels, who then jumped at the opportunity to own the supply and feed the demand.'”

— “Their legal, doctor-prescribed pills led to trafficker-supplied heroin, then to illicit fentanyl; now it was meth made from sulfuric acid, lye and whatever else.”

— “Unprecedented supplies of [P2P meth] were again unleashed coast to coast. Only this time they came not from doctors and drug companies, but from traffickers, virtually all from northwest Mexico.”

— “Meth thus made it to all corners of America, in something resembling how thoroughly prescription pain pills blanketed the country two decades before.”

— “Many of [the drug addicts] were the children of the opioid epidemic generation. Their parents were hooked first on Percocet, OxyContin, then heroin.”

OK, got it. The Sacklers are scum. Can we talk about the Mexicans now?

Not only Quinones, but nearly everyone sentimentalizes drug users, arguing for widespread availability of antidotes, rehab, counseling. It’s never the users’ fault; they are only victims — of a sports injury, Big Pharma, the pill-mill doctors, the criminal justice system, the paucity of rehab clinics.

Millions of people have taken narcotics after surgeries without getting addicted, but OK, fine. Let’s assume every single meth/heroin/fentanyl addict was prescribed OxyContin after a high school football injury.

The thing is, now they’re addicts, making them predators on society, destroyers of America’s towns and neighborhoods. They cause unbearable pain for their families, bankrupt them, betray them, steal from them.

You know who else is completely blameless for becoming a predator on society? The family dog who gets bitten by a diseased raccoon and contracts rabies. Except rabies is preferable to drug addiction because, after causing mayhem for a few weeks, the dog dies. A better analogy is that the dog becomes Cujo.

Quinones’ response is: GIVE THE DOG NARCAN TO BRING IT BACK TO LIFE, so it can go back to being … a rabies-infested dog, preying on the family and neighbors. And also spend a kazillion dollars on clinics, programs, free food and shelter for all the rabies-infected dogs. Let them maintain their rabies in comfort — because it’s not the dog’s fault! It was the Sacklers, or the pill-mill doctors or one tiny, little mistake they made.

I’m not saying, Screw them, let them die, and the sooner the better. But I am saying that everything in life is a trade-off, and of the 10 possible steps to save a human from drug addiction, only the first has any chance of success.

Step 1: Prevent Americans from getting addicted to drugs in the first place. Prosecute the Sacklers to the ends of the Earth — but also build a wall, deploy DEA agents at every entry point and execute drug dealers, with alacrity and enthusiasm.

Steps 2-10: Expend infinite amounts of time, money, resources, charity, good will, government money, private money (which is mostly government money) to try to save those already addicted, with a success rate of about 10%, where success is defined as: The addict recovers well enough to become a drug rehab counselor.

Quinones says walls won’t work. I don’t know. They work pretty well everywhere else, and a wall is sure better than what we have now, which is nothing. By contrast, lavishing gobs of resources on the rehab industrial-complex has been tried over and over again — and failed over and over again.

Can we just block the drugs at the border, please? Rehab is not an answer.

Whatever the solutions, anyone who wants a gripping account of the scourge that killed 93,331 Americans in 2020 alone has to read this book, out Nov. 2.