Giving Offense, or How to Overcome Mass-Media Morality 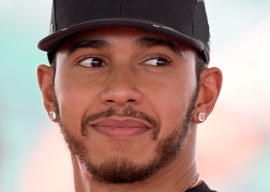 “How dare you say the truth—you must abide by our lies!” Such, in essence, was the recent plight of Lewis Hamilton, the Formula One race-car driver and whipping boy for the identity-politics puritans. The man had put up a video on Instagram in which he mocks his nephew for getting a dress for Christmas. “Boys don’t wear princess dresses!” he said. For this he was—inevitably—taken to task by people who presume they have the right to do so. As you would expect, Hamilton issued the obligatory public apology. Good news for the mob and his PR people. Bad news for everyone else, including the callow Hamilton himself.

Like everybody before our debased time, Hamilton took it for granted that gender is not a “social construct.” There is such a thing as a boy, and such a thing as masculinity, and wearing a dress suits neither. For emotional reasons, this is offensive to many people—especially nonheterosexual persons—since it calls to mind their own anxieties and resentments. As we learn from Drs. Paul R. McHugh and Lawrence S. Mayer in their summary of the vast research on the subject, gender confusion is a natural and quite common part of life. Most people grow out of it. But some don’t. And some of them, when faced with news of traditional gender roles and customs, will respond with fierce anger, like a teenager who didn’t get invited to a popular party.

Of course, none of his critics care about Hamilton and his family. They have not even met the man. In their bottomless self-pity, they just assume that everybody is to believe what they do, even regarding matters that are none of their concern. As for the heterosexual persons who were outraged by Hamilton’s remark, doubtless they are nothing but shallow conformists, the same people who, a few decades ago, would have been against things such as gay marriage and transgenderism. Today, they are all for them. For blindly following the leader is what they understand by morality. It must be so for those who are too stupid and weak to make judgments of their own.

“People, indeed, must be offended so much that their very sensibility changes.”

For some time people have wondered how morality would change as the West becomes more secular. Like so many other recent events, Hamilton’s castigation suggests that the new morality is a kind of reflexive herd revenge. And, as the odious mass media shows every day, it takes little to set the pernicious engine in motion. Playing the ignoble PC game as though it were virtuous and wise: That is the new morality, and it is a horrible thing. For it contains a wicked zeal to punish—which has always existed—but without religion’s earnest desire to live a good life.

True morality—as opposed to our mass-media farce—is an affair of the individual will. Since man is essentially a passionate and irrational animal, moral conduct generally requires a deep motivation; not just a rational reason but, much more, a feeling in virtue of which one should do this rather than that. Historically, it has been the vital function of religion to provide that motivation. Religion, though, is in decline; fewer and fewer people are determined by the precepts and customs that, however mixed and faulty in practice, did at least embody the wisdom of the species. Now we are in an age of mass media. Just how strange, and powerful, that is may be seen from the fact that gossip—formerly a thing to be shunned—is now as welcome as finding money in the street. Gossip is news. As such, it influences behavior and events to a degree that defies comprehension. In the past, it was the good fortune of people not to know about the trivial business of strangers. Morality also used to be the concern of people and their communities. In other words, it was much more authentic than it is now.

Of course, it was always true that morality was frequently a sham, a game people played just to get on in the world. After all, beyond their small circle of family and friends, relatively few people have been warmly disposed toward others (as opposed to indifferent or hostile), let alone inclined to compromise or sacrifice for them. But morality was never wholly a sham; we depend on others, and it follows that our relations with them are bound to be moral much of the time. Now the great problem of our era is that, as traditional morality subsides or vanishes altogether, human conduct is increasingly shaped by mass media. Thus, feeling pressured by thousands or even millions, a person may forego the honest voice of his conscience in order to please the ignorant crowd, even though in most cases superficial perception and indignation are all there is to mass-media “morality.” Indeed, its main function is to realize an a priori will to punish, one that exists independent of its object. It is for this reason that people, as the close observer may notice, are always ready for an occasion by which to act on their underlying desire to make others suffer.

Today, people act as if they have a “right” to revenge, even as they have a “right” never to be offended. Here, it would be impossible to underestimate the influence of mass media, a source of endless division, resentment, and wickedness. Mass media produces a debasement such as no one in the past ever could have imagined. It is an infinite impetus to destructive sentiments. Nor is the sort of mad reaction that we saw in the Hamilton scandal, and the concomitant will to punish, going to go away anytime soon. For it has become a norm, and therefore something that many do not even question as possibly wrong. There are many—single mothers in particular—who, though they teach their children nothing of traditional morality, will allow them to believe that reflexive herd castigation is “good conduct,” what “decent and tolerant” people do.

Since it increasingly is ”morality,” mass-media influence is a nightmare from which we need to wake up. To do so we must, in Dr. Johnson’s words, “clear the mind of cant.” Rejecting mass-media morality, and thus the evil ends for which it is the vehicle, we must go our own way, indifferent to what media-shaped cattle think of us. Most of all, children must be taught that mere hurt feelings are not a sign of rectitude. Parents should be candid with boys and girls that the media is insidious, trafficking in evil under the guise of righteousness. The young must learn to see it for what it is. If not, the world will be happy to dupe them and profit at their expense.