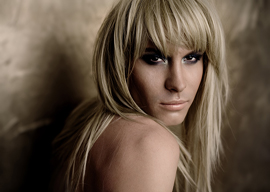 President Obama is spending the waning months of his administration with his grubby hands in an oddly appropriate place: the toilet. Apparently, the prez has an obsession with trans folk and bathrooms. Yes, the “men in the ladies” room” issue, which I tackled last September, has not only not gone away, it’s now deemed a matter worthy of presidential action. Obama is on the can, and there he sits, brokenhearted, because certain states have decided to keep biological men out of ladies-only bathrooms and locker rooms.

Now, before I devote a second column to this issue, let’s get our terms straight. We”re not talking about “transgender people” being able to use a bathroom that corresponds to the sex of the person they”ve “transitioned” to. We”re not talking about Caitlyn Jenner or Christine Jorgensen. We”re talking about biological men being allowed to use women’s facilities based merely on the fact that they “believe” they”re a woman “on the inside.” The public associates the word “transgender” with people who have undergone some type of procedure, some type of transformation. That obfuscation is on purpose; let’s not play into it. We”re talking about belief, not physical state. If a man claims to think he’s a woman, he must be treated as such. He can be 6 foot 5 with a lumberjack beard and a bulging pendulous dirlywanger, and yet he is magically a woman in the eyes of the law by virtue of his belief alone.

Honest LGBTs will admit the truth if pressed. And press is exactly what I did to a friend of mine, an outspoken and unashamed trans woman named Jenna Dougherty who lives in San Francisco. Jenna was Josh when I first met him, and now she’s Jenna, and frankly, God bless her. She’s funny and smart and has as much right as anyone to live her life as she sees fit. She was a vocal critic of my previous column on this topic, and (I have to say) she defended herself well against a few less-than-civil outbursts from some of my social-media followers.

I asked her: “Sometimes people on the other side won”t address the main question a lot of conservatives have, which is”yes or no”if entrance to a women’s bathroom is based upon something incorporeal, then that means any man can enter a women’s restroom if he wants. Correct?”

“The state should not be in the business of compelling anyone to accept someone else’s faith or to act against their own.”

Her response: “My answer is yes.” She added, “I think personally we should have unisex bathrooms cause I never understood why they split it up by gender.”

So please, everyone, let’s at least be on the same page regarding what’s being debated: This is about biological men being able to enter facilities traditionally reserved for women. Be for it, be against it, but call it what it is.

And speaking of calling things what they are, the Justice Department’s “non-binding guidelines“ instructing schools to allow biological males to use female facilities should be called the Larry King Memorial Decree. Remember Larry King? No, not the senile CNN hunchback. Larry King was a 15-year-old middle school student in Oxnard, Calif. King was a boy who dressed in women’s clothing and heels, wore makeup, and was sexually attracted to boys. I”m not going to get into what to call him according to the PC lexicon. Transgender? Transvestite? Cross-dresser? Cis homosexual? Leftists like to draw you into choosing “the right term” just so they can tell you you”re wrong. So I prefer spelling it out. PC culture has turned verbosity from a writing sin into an act of resistance. Larry King wore makeup, dresses, and high heels to school and he wanted to have sex with boys. Call him what you will.

King was aggressive. According to Newsweek, he was “a troubled child who flaunted his sexuality and wielded it like a weapon.” He began harassing a younger student, 14-year-old Brandon McInerney, taunting him with come-ons and catcalls, basically doing the kind of things women don”t tend to like when it’s done to them. Except for woman-American Joy Epstein, the school’s vice principal. Epstein, a lesbian, made it her personal crusade to not only shield King from discipline”even after he physically assaulted another student”but encourage him (“More power to you,” she told King after a substitute teacher sent him to the principal’s office for acting up in class). Even when King’s own mother asked Epstein to help “contain” her son’s “inclination to act out for attention,” she refused. To Epstein, all that mattered was King exercising his “rights,” even though those rights included harassing other students, and even though those rights were constantly being expanded by Epstein to excuse any and all bad behavior on King’s part, regardless of the consequences.

And the consequences were severe and tragic. The younger boy, McInerney, a troubled kid from a troubled home, shot King point-blank in the back of the head in class. The extent of King’s harassing behavior in the months leading up to his murder was such that even though there was never any doubt as to the identity of the perpetrator or the execution-style manner of the killing, seven of twelve jurors refused to convict McInerney of first- or second-degree murder, causing a mistrial (McInerney later pleaded guilty to second-degree murder). And this was in Oxnard, a city that is majority Democrat and 73% Latino (and King was, in fact, Latino). None of this occurred in the “Bible Belt.”

Like Epstein, Obama and his cronies don”t give a rat’s ass about what happens to “trans” kids. This is about pushing an agenda. If a few bodies pile up, great”martyrs for the cause. And if you think that encouraging boys to use the girls” bathroom isn”t going to lead to fights at best or deaths at worst, well, you”ve obviously received a massive head injury that prevents you from recalling what middle school boys are like. Hearing “That freak saw my bewbs” is all it’s going to take to motivate some young lunkhead to defend his girlfriend’s honor. Perhaps most infuriating of all is the fact that the Obama administration has not even feigned interest in how young women feel about sharing bathroom and changing facilities with boys. After years of rhetoric about how the opinions of young women “matter,” how girls should be called on when they raise their hands in school, how it’s “sexist” to exclude them from decisions that affect them, Obama has made it clear that he doesn”t give a damn about women’s opinions. Obama’s definition of female empowerment? “Shut up and do what I tell you.”

Can anything stop the “boys in the girls” room” insanity? What about science? Perhaps all those Bill Nye types who insist that government policies must be scientifically correct (at least when it comes to global warming) will man…um…I mean, person up and defend the basic scientific truth that belief alone does not dictate a person’s sex. Perhaps those brave champions of factuality will restore common sense by pointing out the obvious”that there are biological differences between the sexes, and no amount of social-justice Lysenkoism can change that simple fact.

Don”t bet on it. By just hinting that receiving federal funds will be contingent upon accepting the belief that you can think yourself into being the opposite sex, Obama, in one fell swoop, won over damn near every scientist in the country. Because if there’s one thing scientists will never do, it’s jeopardize their ability to get that sweet, sweet government money. Hell, your average scientist would bow before the altar of orgone if failing to do so meant banishment from the federal teat.

Lord help us all, but probably the only people capable of stopping (or at least slowing) the madness are lawyers. I had a few questions about how the bathroom guidelines will play out in court, and who better to ask than UCLA law professor and all-around legal eagle Eugene Volokh? His blog, the Volokh Conspiracy, is the best legal blog on the Internet. Seriously, if it’s not on your daily reading list, you”re missing out.

Volokh and I disagreed over whether considering a biological male a for-all-legal-intents-and-purposes female based solely on the male’s belief constitutes a legal fiction. I think it does, but Volokh sees it differently:

“Legal fiction” is not an entirely well-defined term, but it usually means something that everyone agrees is false but that the law treats as true, usually for sensible reasons. Whether a biological male who identifies as female is counted as a woman is a different story, since some people think that the proper definition”not just the legal definition”of “woman” refers to the person’s self-identification, not to the person’s anatomical status, or the person’s chromosomal status (which could of course be different from each other as well). Of course, others disagree. But the premise of the Obama Administration’s (and others”) treatment as “female” of biological males who self-identify as female is that they really should be understood as female in ordinary life, and not just as a legal matter. So such treatment isn”t intended as a legal fiction, even if those who disagree with the Administration on this might view it as such.