Good Taste in the Flyover States 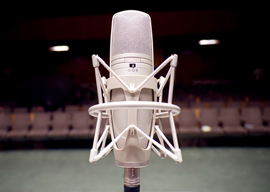 Literature has failed for decades to compete with the visceral arts in live venues, which makes one want to punch one’s musician friends in the eye. The music market is glutted too, and most writers, like most bands, are awful. But at least new bands can get on a bill with a bigger act and sink or swim. Getting people to sample fiction by authors they haven”t repeatedly heard of is like trying to sell green cocaine.

It doesn”t help that the slam poetry of the 1990s”the best-known attempt at live lit in recent decades”was nauseous and shrill. Indeed, that’s the prejudicial factor that most deterred me from going to see Write Club, which has been around since 2011, till this month.

Write Club is a write-off in a bar; the original chapter here in Chicago cleverly makes its home at the Hideout, a punk venue where patrons have been conditioned to expect Fight Club-level excitement.

The concept should be appealing in its simplicity”pairs of writers are given a goofy topic to argue ahead of time, then seven minutes at the venue to read their stuff; the audience votes by applause”but the website tries painfully hard to be hip, promising a kind of highfalutin” WWF. It’s “all about high fives and stage dives,” featuring “only the most audacious and fearsome of writers and performers.” Right, because nothing’s scarier than a drunk nerd.

“I should go easy on such a youngling as Steve’s crushed foe. But I doubt she”ll ever improve”not unless someone gets the nerve to say to her: “Look, kid, life for everybody stinks.””

But everything these days is about hype; and though Ian Belknap”Write Club’s founder and self-declared “Overlord,” and the probable author of said hype”is something of a blowhard, he is an extremely talented blowhard when he gets onstage.

And finally, actor/writer Steve Walker nagged me till I gave in and checked it out. Steve was featured in the opening bout the other week, and I knew he at least would be entertaining.

Walker’s a longtime Chicago small-theater grunt, one of the best in a storefront scene that’s long been the best in the world. This is because there is close to zero opportunity for anyone to advance out of it. Hollywood and Broadway are a giant security deposit away, and even our greatest talents are a frustrating combination of too schlubby and too artsy for the tastemakers to pick them up anyway, so here they rot. Meaty roles are plentiful, but good luck quitting your day job. Troupes start with scant capital, and you can”t stuff many butts in a thousand-square-foot venue. Many set out a tip jar for the actors.

In 2005, Steve got fed up and abandoned us for L.A. Understandable”but L.A. didn”t understand. He founded a chapter of Write Club there, and never won a bout. I found that hard to believe, but he says the violent pessimism of his persona was a liability on the left coast: “”You”re in L.A! Why aren”t you happy? It’s 70 degrees!””

Walker wrote for some Adult Swim shows but couldn”t break through to steady money. Like most Midwesterners, he grew up ill-equipped for the particular breed of outgoing assholism that the land of opportunity demands.

Well, I”m glad to have old Walker back, much as I wish he had made it out of the old rat trap.

For this show, he was instructed to write about why the “crash” part of a disaster is better than “burn,” a debate so stupid-sounding I feared even he couldn”t carry it off.

But Walker tore in, rhapsodizing about the awe-inspiring thrill of car crashes”thrill enough that J.G. Ballard found material for an entire book, Crash, in weirdos who sexually fetishish accidents”and skillfully avoiding stale jibes about hayseeds who watch NASCAR. He got a laugh every three sentences, and he hadn”t even pulled out the personal material.

When he did it was full of kicks in the gut: by “burn,” we mean failure. “And if there’s one thing I know about, it’s failure. I”m quite possibly failing right this minute!” Big laugh.

“I”ve failed at love, at work, at art … it eats at my soul and keeps me up at night and feeds my addictions. … At least when I crashed, I was trying to get somewhere!” An even bigger laugh. When he wrote this, Walker knew he would be reading it to a room filled with broken dreams, so he sculpted his own dark nights of the soul into a form he knew was going to get the other losers where we lived. It was cathartic and sad and funny as all hell.

And yet I figured he was going to lose. His opponent”who shall go nameless out of mercy, as she was young”was an earnest poetess in an Anna Wintour bob who was supposed to argue that, no, “burn” is the superior half of a shit-show. But instead of presenting an argument, she vomited mercilessly about her feelings. Her cigarette-burning mother died from lung cancer: a horrible tragedy, about which the poetaster”with her breathy, dire delivery and overheated gibbering about “imaginary undoings” and “rose petals settled upon dew” and “the breath you”ve been trying to take your whole life”“failed to make one feel anything except a desperate longing for the ceiling to collapse on her head. (My favorite part was when she whined that the New York Times won”t print the fact that “women’s bodies are at highest risk” from smoking.)