Grab the Popcorn, the Left Is Imploding 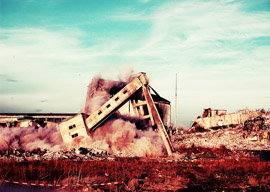 Then, at the end of last month, we learned that Australia’s national women’s team lost 7″0 to a bunch of postpubescent boys. Wait, didn”t The Daily Show tell me the only reason female soccer players make less money than men is because of sexism? I guess our instincts were right after all. Look, we”ve all seen women’s soccer. We all know that it is vastly inferior to its male counterpart, but that sounds antiegalitarian so the left just waves its magic wand of equality and says, “Not so.” The rest of us try to tell them what’s happening outside but they put their fingers in their ears and go, “Na na na na na na na na I can”t hear you.” So we shrug and walk away like when Jason Statham walks away from a giant explosion in an action movie.

Such an explosion happened last week when Nattaphon Wangyot, an Alaskan man with makeup on, absolutely tore his high school’s girls” track-and-field competition a new ass. As she(?)…ze(?)”fuck it”HE trampled past real girls and into the state finals, one of them carefully avoided pronouns and transphobia by saying, “I”m glad that this person is comfortable with who they are and they”re able to be happy in who they are, but I don”t think it’s competitively completely 100 percent fair.” If it is fair, Caitlyn Jenner needs to return her Olympic gold from the 1976 Games. That decathlon was for dudes.

We warned you, dummies. We tried to tell you that women aren”t men but you cited backwards studies that said we were backwards and plowed forward into the land of make-believe. Now that we have only five months left before Trump is president, we”re going to leave you to your own devices because it’s fun watching you fail. Bring on the third act!