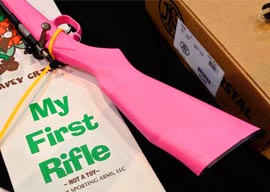 “¢ Robert Kenneth Stewart, who murdered eight people at a North Carolina nursing home in 2009, submitted to a blood test that revealed he had Lexapro, Ambien, Benadryl, and Xanax in his system at the time of his spree.

“¢ Steven Kazmierczak, who killed five people and himself on Valentine’s Day in 2008, had allegedly been prescribed Xanax, Ambien, and Prozac, although according to his girlfriend he had stopped taking Prozac prior to the massacre.

“¢ James Eagan Holmes, who shot up a Colorado movie theater in July, reportedly took 100MG of Vicodin before the shooting. He had also allegedly seen three school psychiatrists prior to his attack. Although his psychiatric records are privileged information, in his mug shot he appears to be medicated up to the eyeballs.

And Adam Lanza, slayer of over two dozen people on Friday, appears to have had a classic pair of Medication Eyes himself. He was also reportedly “troubled” and possibly “autistic.” A neighbor of Lanza’s claims he was taking medication.

Maybe those who claim they”re earnestly seeking an answer to Friday’s bloodbath should focus less on Gunsville and more on Pillsville. But right on the heels of their howling about NO GUNS came cries for MORE PSYCHIATRY. I don”t expect these remnants of 1960s ethics to ever blame drugs for anything. But what puzzles me is their newfound blind support of government. How did they turn from being the harshest critics of “The Man” in the 1960s to being his most brainwashed advocates today?

It’s also mildly amusing/disturbing how closely all the nerdy, medicated, spree-killing geeks resemble the progressive pundits who are caterwauling for unilateral disarmament of the citizenry. They look nothing like the fat and hairy”yet unmistakably male”Georgia hilljacks who milled around the gun show in Gainesville. And although I”m supposed to fear those “angry white males,” I felt far less hostility emanating from the convention floor than I do whenever I”m around leftist girly-boys.

I stopped at one table to chat with an amiably burly gun dealer. He had a walrus mustache and looked vaguely like a Turkish oil wrestler, but when he opened his mouth and started talking, he was undeniably a Georgia good old boy.

I asked him about Friday’s massacre, and although he prefaced his comments by stating he doesn”t watch the news, he cast his eyes downward and said he heard about the shooting and considered it a genuine tragedy. He said he thinks the main problem is that “crazy” people are no longer institutionalized because all of a sudden they have “rights” to live under bridges and be as schizoid as they wanna be.

A full-time farmer and a part-time gun dealer, he added that you don”t need guns to kill people, citing Oklahoma City bomber Timothy McVeigh, whom he cursed for using a fertilizer bomb and thus making it difficult for him to buy the ammonium nitrate he needs to raise his corn at a profit.

He said he realizes that Friday’s bloodbath will lead to increased calls for disarming the public, although he’s unsure how authorities will be able to pry away an estimated 300 million or so firearms from the public’s hands without taking totalitarian measures. He said he doesn”t want to give up his guns, but neither does he want to get in a shooting match with the government, because “government IS a gun that’s pointed in your face.”

And that’s probably the most brilliant argument I”ve ever heard against so-called gun control. Government IS a gun. It exists through threat of force far more than via the illusion of consent. I pity all the fools who think that by disarming the public, they”re fighting “the power,” when they”re only the willing tools of the biggest gang with the biggest guns.