Note to all curious and aspiring entertainment journalists out there: Kim Cattrall doesn”t want to talk about her bikini wax. The former Sex and the City seducer batted down the questions of a few journos at the red carpet for her latest film Meet Monica Velour, telling the poor scribe from Page Six to “get a respectable job” or go “write for a blog…then you can write about what you want [or] care about.” She admitted later she”d been drinking, and offered up the topic she really wanted to talk about: Being “54 and marginalized.”

But, as Snooki can attest, sometimes being marginalized isn”t so bad. The pint-size Jersey Shore regular was paid $32,000 to speak at Rutgers University. Nobel winner Toni Morrison was once paid $30,000. Some students were upset, but both events sold out. What kind of wisdom does all that green buy? As Snooki told her rapt audience, “study hard, but party harder.”

Madonna‘s plans for a school is Malawi have imploded, leaving plenty of egg on the pop star’s face. Now accusations are flying. Madonna and her business partner Michael Berg are being sued by workers who never broke ground on the childrens” school, but the fallout may hit another aspect of the Material Girl’s life: Kabbalah. Berg’s parents, who founded the Kabbalah center, were also involved in the charity and are allegedly being probed by the IRS.  (They say they”re not.) Expect the singing chanteuse to slink back into the shadows while this scandal blows over.

Donald Trump seems to think the quickest way to the White House is by trashing the guy already there. After bringing up the tired controversy over Obama’s “missing” birth certificate, Trump told Bill O”Reilly that the president is “weak,” “kisses everybody’s ass,” and is “in more wars than I”ve ever seen.” And even more horrifying news”a recent poll put the Donald as a frontrunner for the GOP nomination”if he decides to run. 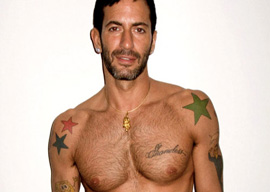 Marc Jacobs has a scandal in the boardroom. The president of the company, Robert Duffy, allegedly created a hostile work environment”including keeping a book of employees posing in sexual situations”and is being sued by Jacobs” former CFO and COO. These aren”t the first allegations to envelop Duffy”over the years, other employees have complained, with one saying the company man forced her to perform a pole dance for him. Marc probably wishes the drama remained on the runway.

Billy Joel‘s going to keep his secrets buried, thankyouverymuch. His memoir, scheduled for release this June, has been scrapped after the Piano Man decided he didn”t want to tell all. Savvy move that only makes the untold stories seem even more juicy, should he ever decide to spill the beans in The Book of Joel.

You win American Idol and people sort of know your overglittered face. You manage to sneak into Lady Gaga’s birthday party as a guest of a guest. Nice, right? So then Adam Lambert decided to get sloppy drunk and punch a hole in the ceiling. And then tried to smear cake in the singer’s face. Security escorted him out of the last big bash we imagine he”ll attend for awhile. 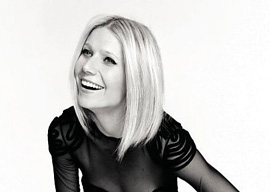 Gwyneth Paltrow is set on becoming a multi-hyphenate. Last year she transformed into a country star, then she partnered with Cee-Lo Green at the Grammys, and now there’s talk she’s getting her own food magazine with Hearst. The magazine company says it’s not true, yet sources say it’s a “top-secret project.” Her second cookbook is coming out next month, and Paltrow stars with Mario Batali in a PBS cooking show. Wonder if her husband, Coldplay frontman Chris Martin, feels like he’s been put on ice?

Daredevil Prince William isn”t going to wear a wedding ring after his April nuptials. Does he think we”ll forget he’s married? Kate is choosing to wear a band made from gold that comes from a mine in north Wales. Gold? What, the future king couldn”t spring for platinum? Meanwhile, Prince Harry is taking his best man role in stride. He says he wants to cause a scene at the reception”though it’s unlikely he”ll actually go through with it. Harry said he wants to “dig him in the ribs and embarrass him. Make him lose some hair.” God, please no. There’s so little of it to go around.

And the week wouldn”t be complete without a Lindsay update. The fallen starlet walked her first red carpet in a long time, after literally taking a fall outside a bar in New York. She set the record straight with TMZ: “I was NOT drinking, nor do I drink!… I was with my brother, sister and friends. I was making a joke. They”re trying to make something out of nothing. Just because I”m out doesn”t mean I”m drinking.” The lady doth protest too much.