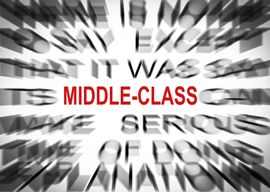 The great comic novelist Kingsley Amis was blamed for damaging the Angry Young Man literary movement last century by refusing to agree that he was a leading member of it. Rejecting the mantle of a literary movement sounds more self-destructive now than it was then: though he’s been eclipsed by his son Martin for the moment, Kingsley outdid anyone who accepted the nomination. Schools of art are always dangerous for an artist, artistically speaking.

But then there’s publicity.

Unless one has the extraordinary mix of talent and luck with which Amis pÃ¨re was blessed, it’s hard to be noticed at all without a group name under which to tag you, harder still to keep alive the godforsaken buzz.

This is far more pronounced now than in his time, with so many people about, coughing up so many books. The Internet is an interminable sea, indifferent to the qualities of its individual molecules. It’s possible to make waves when swimming in a pack. But you”ll have to pay the devil when it’s time to mutilate your writing to fit your pack. No worries, since thinking as a group tends to change your thoughts for you anyway.

Your real concern is that when people notice your club is overrated, they”ll start ignoring you.

“Cicero gets within inches of being genuine, but the dregs here unintentionally read like a square old cautionary tale for good kids about the dangers of hanging around bad influences.”

Noah Cicero began as a painfully typical noodler of the bizarro fiction clique. Bizarro sounds like fun, dedicated as it is to modernizing genres like horror fiction with a heavy seasoning of absurdism (which has been modern ever since the end of World War II).

Unfortunately”like a modern artist trying to copy Picasso without learning to draw properly”reaching for absurdist prose without training oneself to write a straightforward story first tends to result in sloppy charlatanry. But the Internet loves a charlatan. And it seems to demand younger and younger writers like no literary medium has since the life expectancy rose over 30, so who’s going to waste time learning to write first?

“Alt lit,” which I obnoxiously disliked last week, despite its different explicit mission, shares a lot of DNA with bizarro fiction in reality (and they both claim the same, lone good writer, Sam Pink). Like his more academic cousins in alt lit, Noah Cicero is known for writing “honestly” about his Adderall abuse; I still can”t figure out why kids think that chomping spoiled-brat prescription drugs is going to give them street cred.

But in 2014, Cicero finally embraced his middle-class roots with a refreshing and genuine honesty, for the duration of half of a novel: Part I of Go to Work and do Your Job. Care For Your Children. Pay Your Bills. Obey the Law. Buy Products.

“Middle-class” has a slippery definition, probably because it’s got a lot of emotional weight. Though spoken lovingly by politicians, the adjective is still delivered with a sneer in the arts world, perhaps because “middle-class” used to roughly equate to bourgeois.

In practical terms, though, it’s now migrated toward “working middle-class,” encompassing roughly all of the workers socialists these days despise. Generations of rich and poor alike will avoid working a day on the back of your extracted and/or misguided beneficence. If you “escape” by opening a small business, larger businesses will benefit from economy of scale while you suffer from diseconomy of taxes. Forget welfare”even if people felt sorry for you, your stupid pride would make it a short-lived torment. You will be used up and swept into a tacky little grave plot and they will still complain about the dues you never quite paid. If a writer cares to describe such a thankless life, there’s ample fodder.