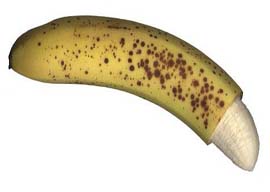 If Oxford is the home of lost causes, California appears to be the Quonset hut of stupid ones. The latest to excite municipal legislators’ brains (in San Francisco and Santa Monica, anyway—Barstow and Fresno appear unaffected at this writing) is anti-circumcision. The author of ballot measures banning the practice in both burgs is one Matthew Hess, who has composed a comic book to further the cause. More of that momentarily.

There are religious, hygienic, cultural, and many other reasons why mothers and fathers might want their child clipped or not—if ever there was a decision that ought to be closed to outsiders, this is most certainly it.

The interesting thing is that the issue has arisen at all. There have always been differing theories regarding childcare, often quite vociferously expressed. But to my knowledge, there has never been an attempt to either ban or impose Dr. Spock’s baby book. There are certainly deeper issues at work.

“San Francisco’s civic culture is unafraid of legislating in areas of faith and morals.”

The first is of course the most obvious—since circumcision is Judaism’s equivalent of baptism, banning it would necessarily have an impact upon Jews. Predictably, members of that religion have detected anti-Semitism in the campaign. I am always a bit leery of that charge; I endorse Jackie Mason’s view of Mel Gibson’s drunken tirade. But the second issue of Foreskin Man, with its blond Aryan hero fighting an evil rabbi, could have leapt straight from the pages of Der Sturmer; it would be hard for anyone not to find it a tad off-putting. The fact that the campaign plans to go federal cannot be too reassuring.

The only places in the Golden State where the movement has gained any traction are Santa Monica (where it has been withdrawn by its chief backer in response to charges of anti-Semitism) and San Francisco. In addition to the health and psychological issues raised by the anti-circumcisionists, there is the elephant—or, rather, the elephant’s trunk—in Frisco’s room: Uncircumcised men are a gay fetish. One can well understand the backing the measure has gained there.

Moreover, San Francisco’s civic culture is unafraid of legislating in areas of faith and morals. On March 21, 2006, the City Council of Baghdad by the Bay, in the plenitude of its apostolic power, officially condemned the Catholic Church’s teaching on homosexuality. Their beatitudes opined that these latter are “hateful,” “callous,” and “ignorant.” They did, however, stop short of issuing a fatwa against the Church—at least this time. The resolution summed up the city’s position thusly: