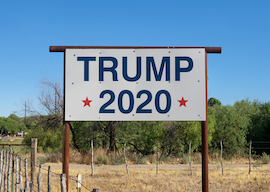 “This is a very sad time for our country. There is no joy in this,” said Nancy Pelosi Saturday. “We must be somber. We must be prayerful. … I’m heartbroken about it.”

Thus did the speaker profess her anguish — just four days after announcing that her Democratic House would conduct an impeachment inquiry of President Donald Trump.

But is this how it really went down? Is this how Pelosi came to authorize an impeachment inquiry before she read the transcript of the conversation between Trump and Ukrainian President Volodymyr Zelensky?

Another explanation, based on the actual events, suggests itself.

By late September, Pelosi was under constant fire from the House “resistance” that wanted Trump impeached and whose numbers were slowly growing. What was the speaker to do?

The judiciary committee is the body historically authorized by a vote of the full House to conduct impeachment inquiries. But to Pelosi this was looking like a loser, a dead end, a formula for failure followed by a backlash against House Democrats and her own removal as speaker in January 2021, if not before.

How so? Her judiciary committee chairman, Jerrold Nadler, in his investigation of Trump, had presided over a debacle of a hearing where Trump ally Corey Lewandowski mocked the members. House Budget
Committee Chair John Yarmuth called the hearing a “fiasco.”

Thus, when news broke of a July 25 conversation between Trump and the president of Ukraine, during which Trump allegedly urged Zelensky “eight times” to investigate Joe Biden and son Hunter Biden’s connections to corrupt oligarchs, Pelosi seized upon it to solve all her problems.

To satisfy the red-hots in her Democratic caucus, she announced an impeachment inquiry on her own. To spare her moderates the pain of having to vote for or against an inquiry, she skipped the floor vote.

“Force all the Democratic candidates for president to take a stand on removing Trump for high crimes — over a nebulous phone call to Kiev.”

To ensure the investigation was done swiftly, she took the franchise from Nadler and his judiciary committee and handed it to Adam Schiff and the intelligence committee. Now she is urging a narrowing of the articles of impeachment to just one — Trump’s request of Ukraine’s president to look into the Bidens.

Pelosi’s hope: Have one House vote on a single article of impeachment by year end; then send it on to the Senate for trial and be done with it. This is Nancy Pelosi’s fast track to impeachment of Trump and ruination of his presidency. But, to be sure, she is “heartbroken” about all this.

For three years, the media-deep state axis has sought to overturn the election of 2016 and bring down Trump, starting with Russia-gate. Now it appears to have tailored and weaponized the impeachment process.

That is what this is all about. It always is. Then-editor Ben Bradlee of The Washington Post, when it looked like the Iran-Contra matter might break Ronald Reagan’s presidency, after his 49-state landslide, chortled, “We haven’t had this much fun since Watergate.”

This is what the deep state does to outsiders Middle America sends to Washington to challenge or dispossess it.

How should the Republican Party and Trump’s base respond?

Recognize reality. Whether or not Trump was ill-advised to suggest to the president of Ukraine that passing on the fruits of the investigation of Joe and Hunter Biden, the end game is bringing down Trump, democracy’s equivalent of regicide.

While the “whistleblower,” whose memo is the basis of these impeachment hearings, is well on his way to Beltway beatification, no campaign to depose the president can be allowed to cloak itself in anonymity indefinitely, for one man’s whistleblower is another man’s seditionist.

Whom did the whistleblower collaborate with to produce his memo?
What is his background? What are his biases? The people have a right to know. And democracy dies in darkness, does it not?

Not until 30 years after Watergate did we learn the “whistleblower” known as “Deep Throat” was a corrupt FBI veteran agent who leaked grand jury secrets to The Washington Post to discredit acting Director Pat Gray and thereby become FBI director himself.

His identity was sheltered for three decades. For whose benefit?
Republicans should not allow Democrats to fast-track this process but should give their troops time to recognize the stakes involved, organize a defense and repel this latest establishment attempt to overthrow a president elected to come to the capital to corral that establishment.

Force all the Democratic candidates for president to take a stand on removing Trump for high crimes — over a nebulous phone call to Kiev.

And the U.S. Senate should refuse to take up and should return to the House any bill of impeachment done in a short-circuited and savagely partisan manner, as this one is being done. There should be no rush to judgment.

If the election of 2020 is going to be about President Trump, tell the nation that the people will decide his political fate in November 2020, and that of Joe Biden if Democrats believe he is as pure as the driven snow and choose to nominate him.