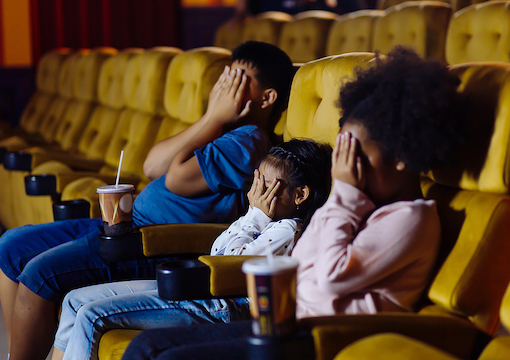 One of the difficult things for people to grasp about liberal democratic politics is that the process is just an extended morality play. While the pretext for public discourse may be a particular public policy, the motivation of the participants, the ones with some chance of success, is to display their piety and thus win the crowd. The resulting policy, if there is one, which is rare, is never the point of the process.

The simplified version of this in America goes like this: The progressives begin the process by going on stage and identifying an enemy or a victim. Sometimes they do a combination with an enemy and a victim. In the case of the enemy, the point of the presentation is to sow fear in the hearts of the people. In the case of the victim, the point is to play on the natural sympathies of the crowd.

Once the crowd is properly excited, the conservatives waddle onto the stage to play their standard role in the drama. They will say the alleged enemy is not real or that the victim does not deserve sympathy. The crowd, of course, will boo and hiss. This will lead some of the conservatives to break ranks and join the other side. The remaining holdouts get pelted with rotten vegetables as the curtain closes the show.

“The real point of the performance is for the players to display their piety in an effort to win the crowd.”

The roles can be reversed from time to time just to keep it fresh. You see this when the topic of the show is foreign policy. The conservatives get to be the star telling the crowd about some new bogeyman. It is the turn of the progressives to pretend they oppose the conservative scheme to deal with the new enemy. Like the standard version of the drama, the outcome is agreed upon by both sides in advance.

The point of these shows is not to settle a question of public policy. The issue at the center of the drama is just a plot device. It sets the scene for the players to perform their role in the drama. The real point of the performance is for the players to display their piety in an effort to win the crowd. That means the good guys always win, so that the audience always feels good about themselves.

A real-world example of this is the civil trial taking place in Charlottesville, Va., over the 2017 Unite the Right rally. Sines v. Kessler is a lawsuit against the organizers and promoters of the rally. The nine plaintiffs assert that the 24 defendants participated in a conspiracy to commit violence against racial minorities and their anointed protectors, who rioted once the rally got underway.

The fact that the defendants are penniless and the plaintiffs are billionaires means the whole thing is a ridiculous farce. The court can offer no remedy, assuming the plaintiffs can prove a conspiracy. In a sane society this never sees a courtroom, but the point of this show is for the good guys to play the role of good guys by accusing the designated villains of the worst crimes against public morality.

Another example is also from Virginia. The race for governor is in the last days, so the Democrats hired people to pretend they are white supremacists supporting the Republican. They kitted them out in the style of the Charlottesville protestors and gave them each a tiki torch. The scheme backfired when one of the white supremacists was a black guy. Another was a chubby lesbian working for the local Democratic Party. Like the trial, the whole thing was an absurd farce.

The point of these ridiculous performances is not to alter public policy or argue on behalf of some cause. The people involved primarily want attention, but they also hope to be seen as the good guys, the people wearing the white hats. That means they need to find someone willing to wear the black hat as in the Charlottesville trial or conjure one in the case of the governor’s race.

While these Off Broadway performances bring with them all of the ham-handedness you expect from the provincials, the model is the same on the big stage. The Democrats have been stalled in their Build Back Better agenda by groups of young female performers who are enjoying the attention. Kyrsten Sinema, a bisexual Betty Boop character from Arizona, has clogged up the Senate for ten months.

On the House side, a collection of extras from a poorly conceived Marxist melodrama have tangled Nancy Pelosi in knots over the legislation. The you-go-girl chorus called the Squad is enjoying the spotlight too much to give in on anything, so the legislation remains stalled in the House. Between the demands for attention and the demands for top billing, the House now has the maturity of a high school girl’s lavatory.

The issue at the center of the legislative quagmire is the Build Back Better agenda, a piece of legislation that does not actually exist. Instead, it is a concept, a set of moral assertions about how the world should be and which government agencies should be tasked with wishing it into reality. Its fictional nature is actually an asset, as it is just a plot device so the show can happen.

The ongoing melodrama that is American politics has produced the greatest political fiction in human history. That would be the Biden administration. As Michael Tracey points out, they ran the first virtual campaign. It was like an open-air theater, except the audience was also composed of actors. Once in office, Biden appearances are done on a soundstage across the street from the White House. The first virtual campaign has led to the first virtual presidency.

It is tempting to blame the shabby state of American society on the people at the top, but the general public deserves its share of the blame. The original intent of Juvenal’s observation about bread and circuses was to decry the “selfishness” of common people and their neglect of important matters in favor of trivial entertainments. In other words, the people get the government they deserve.

That said, one has to wonder just how long American life can remain a farce. In the great melodrama of politics, the crowd is now throwing chairs at one another, and the actors are hurling objects at the audience. It is beginning to look like the final act of the American show is where everyone involved agrees to disband the performance, burn down the theater, and head off in separate directions. One can always hope.