Humanistic Psychology and the Crisis of Meaning 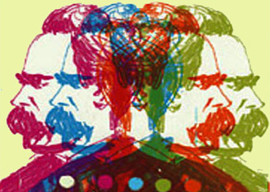 A new study predicts that organized religion is heading toward extinction in nine nations. On some levels, this may be grounds for rejoicing: less fanaticism, fewer infringements of individual liberties, and no religious wars. But there will be a price to pay: the absence of a spiritual dimension, a growing disenchantment with purely material values, and a sense of ultimate meaninglessness.

These themes have loomed large since people began to question the positivists” optimism about progress. Kierkegaard and Nietzsche wrestled with these ideas. Meaninglessness acquired new meaning after World War II and was given artistic form by writers such as Sartre and Camus and, more recently, Saul Bellow.

If anything, the sense of meaninglessness has grown”not in response to the horrors of the Holocaust, but rather to the humdrum nature of ordinary life.”

If anything, the sense of meaninglessness has grown”not in response to the horrors of the Holocaust, but rather to the humdrum nature of ordinary life.”

I have spent the last two and a half years studying clinical psychology and practicing therapy in San Francisco. Clinical psychology leaves one ill-prepared to engage with the sense of meaninglessness which bedevils more lives than one might imagine. Within clinical psychology, mental health is only defined negatively, as the absence of mental illness. This seems to be a part of our Western outlook where people grow up believing that humans reach their peak mental capacity in their late teens and that the most we can hope for is to maintain a plateau before the inevitable descent into mindless senility. That is a depressing view.

However, the field of humanistic psychology offers an alternative. It focuses on the concept of human potential and follows certain Eastern schools of thought in seeing mental health as something to be achieved and constantly improved rather than merely something to be lost.

Clinical psychology’s statistical methods do not really get at individual human experience in the raw, whereas humanistic psychologists are interested in, and conversant with, anthropology, art, literature, philosophy, mythology, religion, Eastern psychology, altered states of consciousness, mind-body medicine, shamanism, and parapsychology. Any field which sheds light on human experience is deemed worthy of serious inquiry.