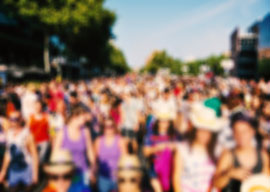 On 30 March, 1933, the great German recorder of daily life under the Third Reich, Victor Klemperer, noticed a balloon in a toy shop inscribed with a swastika. In my newspaper on 14 January, 2017, I noticed a photograph of a girl aged 8 years old (I should estimate) holding up a banner at the Women’s March in Washington, D.C., with the words I am kind, smart and important inscribed on it.

Analogies are never exact, of course, and are easily exaggerated or otherwise misused. The differences between a toy shop in Nazi Germany and a women’s march in Washington are so numerous, obvious, and striking that it is hardly necessary for me to enumerate them. Suffice it to say that I am allergic (metaphorically) to the use of children for the dissemination of political messages, even when the message is one with which I agree. I think it is a form of child abuse, an example of children as a means and not as an end. Poor old Kant would turn in his grave.

The first thing to say about Mr. Trump”against whom the women voluntarily (and children involuntarily) were demonstrating”is that he seems to be doing what is unforgivable in a democratic politician, for it will make life difficult for all the others who come after him: He is keeping, or trying to keep, his election promises. Could anything better prove his complete lack of probity?

Now, of course, this does not in the least prove that what he is doing is right, prudent, wise, or moral: One can, after all, make a bad promise and keep it. The fact that you are keeping a promise does not establish that what you are doing is right. If I promise to punch you on the nose and do punch you on the nose, I cannot use my promise as a moral or legal justification for my action.

But let us return to the abused child in the newspaper photograph. I am sure it was intended to warm the cockles of what pass for the newspaper readers” hearts. She was a pretty little girl well wrapped up against the cold”a little angel, in fact. And how could such an innocent as she hold aloft anything that was other than sweet and generous and, above all, correct?

However, the words inscribed on her banner were such as Uriah Heep himself might have blushed to pronounce: I am kind, smart and important. They are thoroughly odious for a number of reasons, and the parent who devised them for her child to display to the world should be at the very least ashamed of herself (for the words seem to me more likely to have been those of the mother than of the father). These days we teach self-congratulation early; and far from learning that self-praise is no praise at all, children are now taught that self-praise is the highest form possible.

The object of this new teaching is, I suppose, to prevent that most frightful and supposedly damaging of all modern psychological conditions, that of a lack of self-esteem. From being insufficiently puffed-up about oneself all kinds of dire consequences are supposed to flow, from repeatedly choosing the wrong mate to failure to progress in one’s career.

Self-esteem, however, is self-evidently an unpleasant quality, akin if not identical to conceit. Some of the most unpleasant people I have ever known were full of it, and in my experience it is perfectly possible for people to behave like monsters and still have a very high conception of themselves. Indeed, self-esteem is dangerous as a positive invitation to appalling behavior, insofar as it is not derived from any effort, achievement, or good conduct, but is self-awarded as an inalienable right like that to a fair trial.

Does anyone who is kind and clever hold up a banner to the effect that he is kind and clever? To give a child lessons in moral narcissism is a dismal thing to do, as the Oysters said to the Walrus and the Carpenter who were just about to eat them. True, the child did not frame the words on her banner herself, but she was quite old enough to know that something complimentary had been written about her for the whole world to see.