I Believe You Will Agree 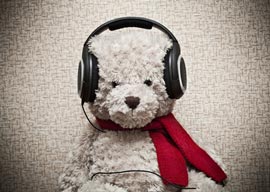 Charb (StÃ©phane Charbonnier) was one of the people killed in the attack on Charlie Hebdo on 7 January this year. He was a writer and editor as well as a cartoonist, and recently I bought a slim volume of his articles called A Little Treatise of Intolerance. It was, in a way, the least I could do: it cost three Euros.

In each of 60 articles, Charb satirized an aspect of modern life that he detested, ending with the formula “I believe you will agree that …” before proposing an original, but condign, punishment for those responsible for that aspect. And all the articles were titled “Death to …” something or other.

His targets were often worthy ones. For example, in “Death to instructions written in the first person!” he complained about the increasing tendency of authorities in Paris to issue directives thus. Buses do not say on their liquid crystal screens “Validate your ticket or face a fine,” but “I get on, I validate.” This infantilizes the population and turns the city into a giant primary school. The authorities, according to Charb, might as well tell the population that “I don”t piss in my pants” or “I don”t shit in doorways.”

“Oh, how easy (and pleasant) it is to work oneself up into a fury of indignation! Just as the banks privatized their profits and socialized their losses, we privatize behavior and socialize the consequences.”

“I get on, I validate”: it not only infantilizes, but adds its mite to the miasma of untruth in which we now increasingly believe that we live. For the fact is that many people get on and do not validate their tickets; on a crowded bus in Montreuil recently I was, in fact, the only person who validated his ticket, which made me feel like one of those persons in a Bateman cartoon who has committed a dreadful social gaffe. And on the Paris MÃ©tro one often sees young people vault over the barriers to avoid payment, and no one ever confronts them. Only yesterday I saw a young man with an iPhone in his hand vault over the barrier, with an insolent expression on his face that indicated that he had a right to do so and that payment was for fools.

Is the world fuller of Charb-like irritations than it used to be? I rather think it is, though one should remember that irritants serve their purpose, for they keep us awake when we might otherwise sleep, or at least become somnolent. Furthermore, it is irritants that make necessary the only modern virtue acknowledged as such, that of tolerance, which might be defined as the maintenance of civilized behavior in the face of irritation. One keeps one’s punitive thoughts to oneself and maintains one’s outer sangfroid.

If I were writing my own little treatise of intolerance, what would I include? First of all would be chewing gum. It is impossible to look kind or civilized while chewing gum. And while no gum-chewer will admit to disposing of his gum in an antisocial way, the fact remains that discarded gum makes its way by the million-wad onto surfaces where it should not be, and it can only be hordes of gum-chewers who put it there. To use Charb’s formula, I believe you will agree: gum-chewers should have their ears and eyes stopped with gum and they should be stuck down by gum on asphalt.

Then there are those people who walk about with headphones”great big ones in the case of hip-hoppers, small and more discreet ones in the case of people with an IQ of over 100. They are in their own little world, impervious to all that goes on around them. They are hermits, but without spirituality. Moreover, in trains and elsewhere you hear the irritating tish-ter-tish that emanates from their supposedly private little world.

They will go deaf; and many, indeed, are already well on the way to deafness, which is why they have to turn up their volume. They never listen to anything worth listening to, and often nod their heads in time to the music, making them look like those stupid nodding dogs that proud car owners used to put in their back windows.