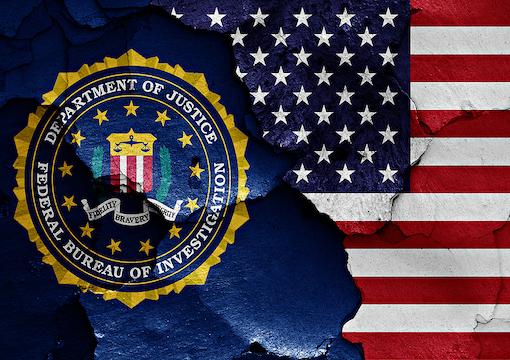 Fifty years ago, if you asked the typical American about the differences between America and Russia, he would have had no trouble listing examples. He would no doubt start by saying that Americans were free to criticize their government and say bad things about the political leaders. Russians had to conform to party rules about speech and opinions. Americans had free speech and Russians did not.

If the American in question was more sophisticated, he would point out that America was a market-based society. There was a marketplace for political opinion, a market for social commentary, and, of course, the economic marketplace. America was a rules-based society where people traded in ideas, policies, and products. Russia was an arbitrary society where the rules were whatever was convenient for the party.

Fifty years ago, this was not entirely wrong. The Soviet Union and the captive nations operated under an arbitrary and capricious system. The rules were enforced when convenient to the party. The unwritten rules, the ones that had the greatest impact on the life of a citizen, were ad hoc and prone to sudden and unaccountable changes in both their nature and their enforcement.

“The average American of fifty years ago would have laughed in your face if you told him this would be the America of his children.”

Fast-forward to the present and we are seeing a strange reversal in the poles. It is the United States that is now gripped by an increasingly arbitrary and capricious system of rules enforced by a cabal of true believers. The institutions have been seized by what can properly be labeled a cult. Cultural Marxism is a secular religion. The people who subscribe to it are the truest of true believers.

As an example, look at the case of Ashley Biden’s diary. Ashley Biden is the daughter of President Joe Biden. The diary contains lurid details of the Biden family, which were published by an independent news site called National File. The New York Times later confirmed that the diary was real. How the diary got into the public domain is a mystery, but this is not unusual.

The media gets this stuff and publishes it all the time. It is one of the unwritten exceptions to property laws. If the media comes into possession of your private papers, they are never charged with possession of stolen goods. Not only that, they get to publish those private materials. The NY Times, for example, gained access to Donald Trump’s tax returns and published what they found.

This diary story was unremarkable until the FBI raided the offices of Project Veritas and the homes of its employees. The FBI says it was looking for the diary and evidence of its theft. The claim is that it is stolen property and therefore anyone in possession of it is trafficking in stolen goods. The FBI then immediately started leaking to the NY Times the information they seized from Project Veritas.

Another way of stating this is the secret police smashed into the homes of opposition members and seized their property. Regime media then used the information as part of an intimidation campaign against the opposition. A federal judge has ordered the FBI to stop leaking to the NY Times, but there is no chance they will obey. Why should they listen to a federal judge? They are the Cheka. They do as they please.

An American from fifty years ago, given a general outline of this story, would have assumed it was from the Soviet Union. Maybe it would be something he would expect in a movie about Resistance fighters in Nazi-occupied France. The average American of fifty years ago would have said it was ridiculous to imagine anything like that happening in a free country like America. There are rules against it!

The thing about this story that ties it so clearly with the old communist political systems is the brazenness. The NY Times knows they are just stenographers for the secret police, and they know we know it. They made no effort to hide the fact that they are being given this information by the secret police. The FBI does not care that we know they are doing this. Why should they? They are the secret police.

The comparisons to the Soviet Union may seem excessive, but consider the fact that Americans are now seeking political asylum in the old Soviet bloc. Evan Neumann of Mill Valley, Calif., is now seeking asylum in Belarus. The reason is he fears persecution for his politics. He was at the Jan. 6 rally in Washington. Perhaps he can bunk with Edward Snowden, who is also in exile.

Evan Neumann is not being dramatic or acting from some deranged ideas about the world. His fears are well-founded. The regime has hundreds of political prisoners locked up in dungeons around Washington. Their crime is holding the wrong opinion about the regime. If you were facing torture in a Washington dungeon, fleeing to Eastern Europe makes a lot of sense.

Again, give the general outlines of this story to an American of fifty years ago and he would assume it was a story from a communist country. In free countries like America, the law is clear and uniformly applied. Right-wing protesters get the same treatment as left-wing protesters. The average American of fifty years ago would have laughed in your face if you told him this would be the America of his children.

Because authoritarian regimes lack the authority of nature or nature’s god and they can make no claim to popular legitimacy, they are left with fear as their only means to maintain power. The authoritarian state must commit menticide on its people in order to keep them in a constant state of fear. That fear is rooted in the arbitrariness and capriciousness of the rules. Everyone is on edge because no one can trust anything.

It is the arbitrariness that our sophisticated American from a half century ago would notice. The NY Times can traffic in stolen goods, like President Trump’s tax returns, but Project Veritas gets raided for having a diary that is in the public domain. Right-wing protesters get sent to the gulag, while violent left-wing terrorist burn down cities. If not for the double standards, there would be no standards at all.

Eventually, the people living under communism came to terms with the reality of their situation and found a way to live in spite of it all. When rebellion was no longer possible, they found a way to keep the flicker of civilization going in private. It was those little green shoots of normalcy, kept away from the prying eyes of the state, that kept the people alive. In time, the regime exhausted itself and those people are now free.

Americans will have to face a similar reality. Will they follow the advice of Jefferson and fertilize the tree of liberty with the blood of their tyrants? Will they keep working the levers of democracy hoping the dormant engine springs to life? Or, will Americans simply accept that as long as their bellies are full and their televisions are working, living in an authoritarian state is not so bad? This is the great test of the American experiment and maybe the final chapter of the West.