If Baghdad Wants Us Out, Let’s Go! 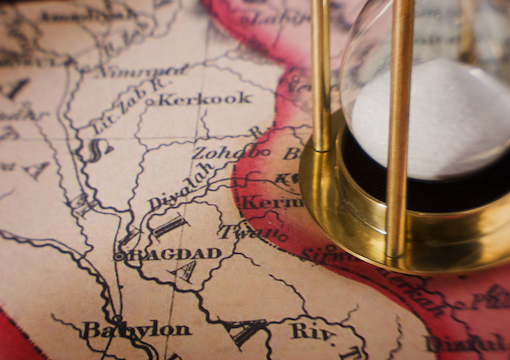 Fifteen years after the U.S. invaded Iraq to turn Saddam Hussein’s dictatorship into a beacon of democracy, Iraq’s Parliament, amid shouts of “Death to America!” voted to expel all U.S. troops from the country.

Though nonbinding, the expulsion vote came after mobs trashed the U.S. embassy in an assault that recalled Tehran 1979.

What provoked Iraq’s Parliament into demanding the ouster of all U.S. troops?

Then came President Donald Trump’s decision to launch a drone-strike and kill Iranian General Qassem Soleimani at Baghdad International Airport. Killed in the same strike was the Shiite Iraqi leader of Kataib Hezbollah.

During his return flight to Washington Sunday, Trump warned Iraq: Follow through on your demand that all U.S. troops get out, and we will insist that Baghdad repay the money we just spent on a major air base.

Moreover, said Trump, if Iraqis expel U.S. troops, then we will impose upon them “sanctions like they’ve never seen before, ever. It’ll make Iranian sanctions look somewhat tame.”

Where do we stand now in Iraq?

“Killing Soleimani was just. But what is just is not always wise.”

Though Sunnis and Kurds abstained, the Iraqi parliament has voted to expel all our troops. The State Department has urged U.S. civilians to flee Iraq. 82nd Airborne units have moved into the region to protect the U.S. embassy. U.S. troops fighting ISIS alongside Iraqi troops have separated themselves and stood down. In Iraq, the war on terrorism is on hold.

Across the Middle East, U.S. diplomats, soldiers and civilians are on alert. The acting prime minister of Iraq, in an echo of Tehran and radical Shiites, is demanding that all 5,200 U.S. soldiers in Iraq depart.

How can our troops, detested by the PMF militias and their thousands of fighters, unwanted by the Iraqi Parliament majority, the acting prime minister, and much of the Shiite majority, remain safely inside the capital city of Baghdad or the country?

What a difference a presidential decision can make.

Now it is the Americans who are the targets of protests.

Over three days, crowds numbering in the hundreds of thousands and even millions have packed Iraqi and Iranian streets and squares to pay tribute to Soleimani and to curse the Americans who killed him.

As emotions are running high and America’s friends in the region are mute, the twin goals of Iran and its militia allies appear clear:

Tehran wants to avoid a war with the United States, but to direct the passions of the moment toward forcing an expulsion of the Americans from the Middle East, beginning with their ouster from Iraq.

Thus, Tehran has signaled that its retaliation, its revenge for the death of Soleimani, a military man, will be proportionate. Tehran is telegraphing an attack on the U.S. military. Hassan Nasrallah, the head of Hezbollah in Lebanon, has called on his followers not to attack innocent Americans in the region but to zero in on U.S. military targets.

Perhaps, rather than sending troops into Iraq and Kuwait to defend U.S. troops already there, we should accede to the local nationalist demands, start bringing our troops home, and let Iranians, Iraqis, Libyans, Syrians, Yemenis and Afghans settle their quarrels.

Despite the rage in Iran over the killing of Soleimani, the political imperatives that existed before last Friday’s drone strike remain.

Iran does not want war with the United States. And Trump wants no war with Iran.

But Iran made a mistake in its extrapolation from that truth.

Assuming that because Trump did not want war, he would recoil from a fight, Soleimani believed he could kill Americans with impunity, as long as his fingerprints were not on the murder weapon.

Killing Soleimani was just. But what is just is not always wise.

Yet, his killing restores Trump’s credibility as a Jacksonian who avoids wars but who, wounded, will stab the enemy who cut him.

The message the rulers of Iran should have received?

If they retaliate for Soleimani by killing American soldiers, diplomats or civilians, using either Iranian troops or proxy militias, Trump will retaliate against Iran itself.