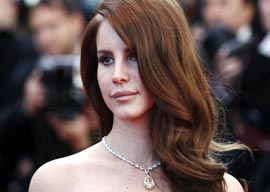 The kids screeching about “transmisogyny” on Twitter and vomiting up word salad sexual identities such as “demiromantic” and “sapiosexual“ are doing so because it’s all they have. They”ll never be able to get real jobs, pay off their student loans, or become independent grown-ups. The Gen-X woman sought to be free of labels and prefab identities; the Millennial woman embraces them with the fervor of a born-again Christian.

And thus we have the rise of iMcCarthyism: a horde of unemployed, nebbish dilettantes in the throes of religious hysteria. The detritus of the world economy, not even fit to scrub dishes at Applebee’s. Frauds who are more upset by satirical articles about rape than by women getting violently gang raped. Every Tumblrette Tweeting about the outrage of the day is nothing more than Carrie Nation with a lip ring.

If these people weren”t so ineffectual in real life, they might actually be dangerous. In his 1859 work On Liberty, John Stuart Mill warned that decentralized harassment of the kind that social justice warriors engage in would destroy freedom of speech. Fortunately for us, the pinkshirts of social media can”t even organize a convention without getting scammed out of tens of thousands of dollars.

As Marx quipped, history repeats itself, first as tragedy, and then as farce. For all the Millennial woman’s adoration of fascists, in meatspace, she’s as meek as a battered housewife. The iMcCarthyites may delight in sending violent threats to their enemies, but they can”t even leave the house without whining about men bumping into them on the sidewalk. This gang of social misfits won”t be forming the suede-denim secret police any time soon.
At least, we should hope.