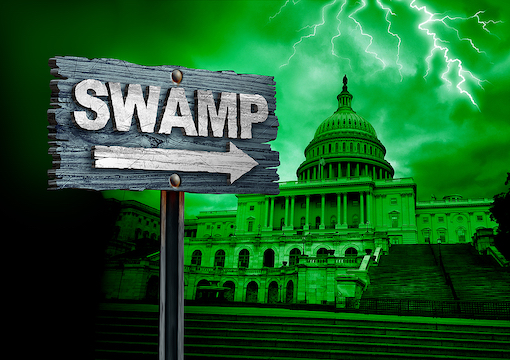 Most reform efforts, regardless of what is the target of reform, fail because the reformer either confuses himself for a revolutionary or fails to see himself as a revolutionary. That may seem contradictory, but there are two types of reform. One is reform from the inside that is initiated by insiders for the benefit of insiders. The other is reform from the outside that imposes reform on the insiders.

Reformers, of course, need to know this in order to calibrate their efforts. For some reason, very few have the self-knowledge to make it work. Instead, the reformer from the outside is stymied by the insiders, who will play along with his efforts, only to undermine them at every turn. No matter how many times they run into the impenetrable wall of resistance, they keep insisting that the rules can be reformed.

On the other hand, insiders will get the nutty idea in their head that they are revolutionaries tasked with remaking the system. They set about smashing things up until enough insiders have had enough and put an end to it. This sort of reformer is the most ignorant of how power is wielded in an organization. They fail to appreciate who has real power and how they maintain it.

The Gracchi brothers are the classic example of outsiders foolishly thinking they can impose reform on unwilling insiders. Tiberius and Gaius Gracchus were Roman brothers in the 2nd century BCE who tried to reform the social and political system of Rome to help the lower classes. They were members of the Populares, a group of activists interested in land reforms to benefit the poor.

Like modern America, Rome at this time had a massive imbalance of wealth, with a small group owning most of the land. The Gracchi saw the obvious problem with this and tried to work within the system to restore some balance. Tiberius was eventually beaten to death in the Senate by the other senators. His brother, who continued the reform effort, chose to commit suicide rather than face execution.

“Populist reformers now must choose which way they will go now that Trump has been vanquished.”

On the other side of the ledger, the best example from antiquity of successful reform from within would be Solon. He was an Athenian statesman, lawmaker, and poet. He is remembered for his efforts to reform the political, economic, and cultural areas of archaic Athens. His reforms failed in the short term, yet he is often credited with having laid the foundation for Athenian democracy.

The reason his reforms succeeded in the long run was that the people being reformed wanted to be reformed. The ruling class understood they had a problem, and they sought out Solon to help them. The trouble is they did not have a system to maintain the reforms that Solon implemented. Eventually, though, these reforms evolved into what we now know as Athenian democracy.

The successful reformer must have a clear understanding of his position with regards to what is being reformed. If he is an outsider, he has to assume the insiders will use any means necessary to stymie his efforts. We see this in America. Pat Buchanan, Ross Perot, and Donald Trump led outsider movements in an effort to work within the rules to impose reform on the ruling class. All three failed.

On the other hand, FDR’s New Deal, Lyndon Johnson’s Great Society, and Ronald Reagan conservative revolution were all successful insider movements. The reformers were insiders with ruling-class support. They cloaked their efforts in populist rhetoric, but they never lost sight of who they served. Their task was to strengthen the ruling class’ grip on the economy, politics, and the culture.

Another lesson of reform movements, those that were successful and those that failed, is that they don’t spring from nothing. The Gracchi were addressing a real problem that eventually killed the Roman Republic. The efforts of Perot and Trump were addressing serious problems in American society. It is too soon to know if they will be remembered as the Gracchi brothers of America, but that is the way to bet.

Now, there is another type of reform, which is revolution. When the insiders manage to thwart all efforts to reform the system, but the problems remain, eventually outsiders either replace the insiders or replace the system. Bankruptcy in the case of a corporation or revolution in the case of a country is the ultimate reform, in that it completely and aggressively removes that which has failed.

A company that has been brought to the brink of insolvency by poor management will bring in new management. They will take the firm through the bankruptcy process to either restructure it or liquidate it. In the case of human society, when the ruling class is no longer willing or able to perform its duties, a new leadership takes the system through the revolutionary process to form a new social order.

This is the task that faces populist reformers in American and the West. They either find a way to convince enough insiders that reform is necessary or they prepare to reform from the outside. That means building their own shadow institutions like fraternal organizations, independent media, and financial networks. These become the foundation stones of an eventual alternative to the prevailing order.

The French Revolution never would have happened without the Jacobin societies that provided an alternative structure for those unhappy with the old order. The collapse of the Soviet empire was hastened by the growth of organizations like Solidarity in Poland, Chapter 77 in Prague, and samizdat culture throughout the empire. The American Revolution was fueled by secret societies, like the Sons of Liberty.

The phrase “a time for choosing” is getting picked up by the petty tyrants in America, indicating that they are prepared to finish off the populist resistance that was represented by Trump the past four years. It is a rare example of factual accuracy from the ruling class, as it is a time for choosing. Populist reformers now must choose which way they will go now that Trump has been vanquished. Will they choose the path of the outsider or will they accept defeat and choose to go back inside?