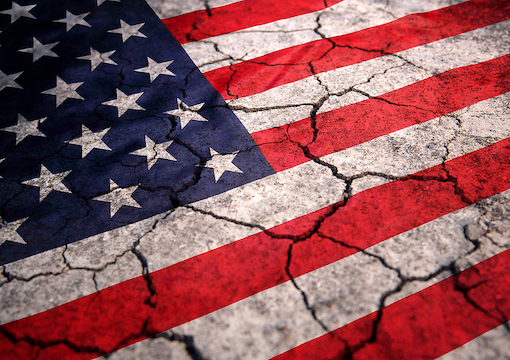 Every human organization has social trust. The belief in the honesty, integrity, and reliability of others is what makes human organization possible. There is the vertical trust between layers within the social hierarchy and there is horizontal trust between members within a segment of society. Social trust is the mortar that holds the blocks of a human society together, but also the grease that keeps the wheels turning.

In large-scale human societies, social trust is embodied in the institutions, which are the superstructure of society. The official church, for example, will facilitate the building of bonds between the members of society, but also provide a clear set of rules to govern social relations. The reason the partnership between throne and altar worked so well in the West for so long is it provided for both vertical and horizontal social trust.

When the institutional church faltered, Europe was plunged into a period of chaos. The Thirty Years’ War reduced parts of Europe to cannibalism. About 20 percent of the population of Europe died in that series of conflicts. Since the battles were mainly in central Europe, whole areas were depopulated. The devastation of the Thirty Years’ War is a good example of the danger that lies in undermining the authority of institutions.

“Like the Soviet system after the Afghan war, the American empire is now running on fumes.”

A little closer to this age is what happened after the Great War. The rise of certain people with certain ideas is often painted as something supernatural, but it was the natural response to the collapse of key institutions. Prior to the war, the key institutions of most European countries were the military and the aristocratic order. The recklessness of the war and the aftermath collapsed the trust contained in those institutions.

The Bolshevik Revolution is another good example from that period. It was made possible by a tsarist system that squandered its authority and created distrust among the people. The nutty behavior of the Tsar and his wife made the institution an object of mockery. This magnified the cultural, economic, and class frictions. The collapse of social trust in tsarist Russia made revolution necessary and inevitable. Bolshevism promised to restock social trust with a new and abundant alternative.

Russia provides another relevant example on this topic. The official narrative is that Ronald Reagan won the Cold War. His economic and military policies accelerated the demise of a bad system. In reality it was the Afghan war that broke the Soviet system. The Red Army was the most trusted institution in Soviet Russia in the 1970s. Its failures in Afghanistan and the subsequent lies to hide the truth cratered the most trusted institution in Russia. Collapse soon followed.

All of this is something to keep in mind as the American empire staggers out of the self-inflicted daze of the Covid panic. For over a year, the ruling regime has cooked up irrational policies to a threat they swore was a potential extinction event. They trampled the rights of the citizens and flagrantly trampled the respect that is supposed to underpin democratic order. Key institutions exit this panic lacking respect and trust.

The obvious example is the political class and their media puppets. Before Covid, most Americans assumed the media was highly biased. In the Trump years a growing number of people came to see the media as partisan fabulists, making up stories to fit whatever narrative they are told to peddle. Of course, those narratives were part of a larger conspiracy for the benefit of a tiny minority.

After Covid, half the country thinks the ruling class is evil. Respect for the mass media cannot go lower, as almost no one thinks they are honest. Both political parties are in such low regard, they would collapse if the system allowed for alternatives. More important, the disgust and distrust are not just with the officeholders, but the system itself. All social trust has been drained from politics.

That is not a big change and probably not all that unhealthy. The real damage has been done to the institutions most trusted by Americans. That is science and technology. A central part of American identity has been the “can-do spirit” rooted in the faith in technology. No matter the problem, we have smart people who will solve it, because that is who we are. Every problem is assumed to have a solution in science.

A year of outright lies from the scientific community regarding the origins and threat posed by Covid has severely weakened that trust. The scandalous efforts by the tech monopolies to suppress any debate over these topics have revealed their authoritarian instincts. The Fauci Affair is coloring all of this with the taint of foreign loyalty. To many Americans, Covid is looking like a year of ritual humiliation in service to foreign interests and private gain by connected insiders.

The thing is, the people suddenly losing trust in these key institutions are the people who are the grease that keeps the wheels of empire turning. The white civic nationalist is the person putting 10 percent of his salary into a 401(k), thus making the Wall Street skim profitable. They send their sons and daughters into the military, thus making pointless wars of choice possible. They are the ones who rally to defend the cops in defense of social order.

A white middle class that believes in the core values of America and trusts that the experts in science and technology can solve every problem, is the keystone of the empire. The growing Covid scandal is not a political scandal, but an institutional one. If the experts are just as corrupt and rapacious as the political class, they can no longer be trusted. The fact that 40 percent of the public is skeptical about the vaccine is a sign that trust in science is in free fall.

One of the remarkable things about the collapse of the Soviet Union is that it just melted away without a struggle. It was as if everyone could not think of a reason to keep it going. The reason for that is the trust in the key institutions had drained away. There was no reason to defend them or participate in them. The people running the institutions had used up all of the social trust to maintain their positions. When it was gone, the institutions collapsed.

Something similar is happening in America. To those white civic nationalists, the people running the system now look like gangsters. They steal everything that is not nailed down, and they corrupt everything they touch. A narrow group of insiders got rich on creating the Covid crisis and they got rich in the crisis itself. In the process, they have cratered the trust in key institutions. Like the Soviet system after the Afghan war, the American empire is now running on fumes. The end is inevitable.