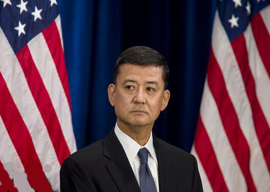 One week later sources revealed the secret identity of Wilson’s wife who was an undercover agent for the CIA. This, they claimed, was totally inadvertent and even if intentional was totally innocuous. Even so, it led to a lawsuit that resulted in alleged administration contact “Scooter” Libby being found guilty on four of five federal felony counts regarding the matter. President Bush commuted his prison sentence.

And who were the beneficiaries of the grand game? Well-known political characters in this passion play went on to lucrative book deals or institute chairs. Military men found themselves moving up the ranks quickly, from mere water-carriers to generals in a few years. Advisers who ought to have spent lives as insignificant file clerks became governors. Four trillion dollars go a long way.

Meanwhile, decent men and women sacrificed their careers for a country that ignored them.

Yet all of this woe pales in comparison to what typical Americans had to endure over these ten years. Unemployment is endemic and far worse than routinely acknowledged by the media or generally suspected by the populace at large. In the time since our troops landed in Baghdad, nearly three million manufacturing jobs evacuated our shores.

The currency has become devalued to an incredible extent in so short a time due to the direct costs of the war itself and the indirect millions and perhaps billions that have rolled off the printing presses to bribe warlords not to slaughter Americans in Iraq. Massive inflation can no longer be avoided but only delayed and magnified by ever-larger “easing” from the Federal Reserve.

National integrity has been demolished and not merely in the philosophical sense of American honesty reaching new lows but in the physical sense that our borders that have been thrown open to all comers as long as they are nontraditional immigrants. These are admitted as both cannon fodder abroad and machinery lubricant at home to grease the wheels of an illegal shadow economy that further serves to undermine citizens” standard of living.

Far from being beneficiaries of “cheap oil,” a stable marketplace, or secure sovereignty, the people of the United States find themselves victims in a war of greed, deceit, and corrupt government that was waged less against Saddam than against themselves. Yet they cannot say they were not warned. Whether due to jingoism, ignorance, or bloodlust, they chose not to listen.

When a nation punishes its prophets and rewards its robbers it trembles on the precipice of disaster. A decade after the war was launched, it appears that America may be a dog that has had its day.