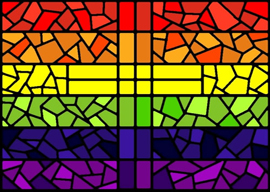 Like abortion, it is an issue on which both sides cannot be right. Yet it is an issue of paramount importance both to devout Christians and to the homosexual rights movement.

What happens if the gay rights movement, as it appears it may, succeeds politically on same-sex marriage, but many Christians refuse to recognize such unions and continue to declare that American society has become ungodly and immoral?

Gay rights advocates often compare their cause to the civil rights struggle of half a century ago. But there is a fundamental difference.

When Martin Luther King Jr. called on the nation to “live up to the meaning of its creed,” he heard an echo from a thousand pulpits. Treating black folks decently was consistent with what Christians had been taught. Dr. King was pushing against an open door.

Prelates could be declaring from pulpits everywhere that the triumph of gay rights is a defeat for God’s Country, and the new laws are immoral and need neither be respected nor obeyed.

The issue is acceptance. We know of how America refused to accept Prohibition and, in good conscience, Americans broke the laws against the consumption of alcohol.

Imagine the situation in America today if priests and pastors were telling congregations they need not obey civil rights laws. They would be denounced as racists. Church tax exemptions would be in peril.

Something akin to this could be in the cards if the homosexual rights movement is victorious—a public rejection of the new laws by millions and a refusal by many to respect or obey them.

The culture war in America today may be seen as squabbles in a day care center compared to what is coming. A new era of civil disobedience may be at hand.