Is Obama Shaping a New Majority? 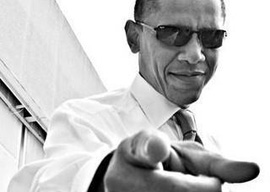 In the 20th century, only two presidents shaped new governing coalitions that outlasted them. They were the only two men to appear on five national tickets.

The first was FDR, who rang down the curtain in 1932 on the seven decades of Republican hegemony since Abraham Lincoln that had seen only two Democrats in the White House. And Grover Cleveland and Woodrow Wilson had made it only because of divisions inside the GOP.

Franklin Roosevelt would win four terms, and his party would win the presidency in seven of nine elections between 1932 and 1968.

Richard Nixon was the next craftsman of a governing coalition. While he won with only 43 percent in 1968, by 1972 he had cobbled together a New Majority that would give the GOP four victories in five elections between 1972 and 1988. In two of those victories, Nixon and Ronald Reagan would roll up 49-state landslides.

“Barack Obama seems to be taking a page out of the playbook of these coalition builders.”

Roosevelt and Nixon both employed the politics of conflict and confrontation, not conciliation, to smash the old coalition. Find me something to veto, Roosevelt once said to his aides, seeking to start a fight with his adversaries to rally his grumbling troops.

“They hate me, and I welcome their hatred,” said FDR in the 1936 campaign. He believed that if a slice of the electorate was incorrigibly hostile, one ought not appease or court them, but use them as a whipping boy to rally the majority. With FDR, the foil was Wall Street, the “money-changers in the temple of our civilization.”

With Nixon it was urban rioters and campus anarchists and their academic apologists and elite enablers, and the demonstrators who blocked troop trains and carried Viet Cong flags as they chanted: “Ho, Ho, Ho Chi Minh! The NLF Is Going to Win!”

In the late ‘60s and early ‘70s, Southern conservative Democrats and Northern Catholics and ethnics left the party of their fathers in droves to join The New Majority of Richard Nixon, which they saw as representing their values and standing for peace with honor.

Barack Obama seems to be taking a page out of the playbook of these coalition builders. Since re-election, he has been actively seeking out confrontations to drive wedges through the Republican Party.

“Positive polarization,” it was once called.

Rather than do a deal with Speaker John Boehner and offer one-for-one budget cuts for tax hikes, the president forced congressional Republicans into a humiliating climb-down and public retreat that split the House majority asunder. He spiked the football to rub it in, saying he had made good on his pledge to make the rich pay.